US Military, Supreme Court, military draft, Women's Issues, Inequality
Save for Later
Add to My Front Page
From The Left 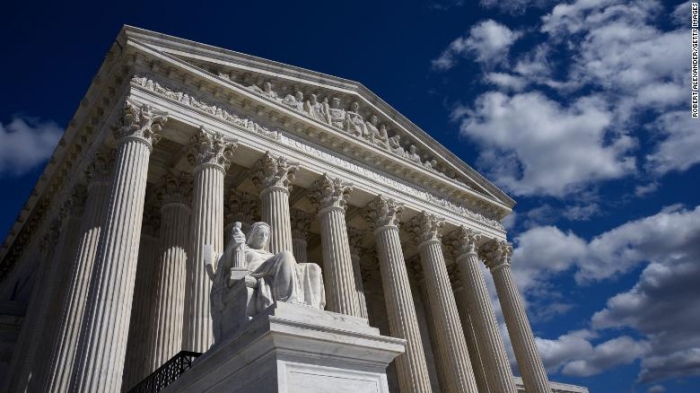 The Supreme Court on Monday declined to hear a constitutional challenge to the male-only registration requirement for the draft filed by a group called the National Coalition for Men.

The court's order means that for now even though the draft is not implemented, only men will still be required to register for the selective service.

Justices Sonia Sotomayor, Stephen Breyer and Brett Kavanaugh wrote to explain their vote noting that Congress may take up the issue in the short term.

"At least for now," Sotomayor wrote, "the court's longstanding deference to Congress on matters...

Go ad-free! Support AllSides.
About these ads
More news about US Military
https://www.cnn.com/2021/06/07/politics/supreme-court-military-draft/index.html

Another day, another meaningless social media conflict in Washington DC totally divorced from the issues facing the country. Here’s how this one goes. On...

The Space Force has relieved an officer of his command after recent comments he made on a podcast criticizing the diversity and inclusion initiatives the...

Inside Washington’s Fight to Save Afghans Who Saved Americans

In 1975, as the United States was hastily extricating itself from the Vietnam War, a junior U.S. senator gave a speech arguing against offering lifelines to...