Donald Trump, Big Tech, Facebook, Free Speech, online censorship, misinformation and disinformation
Save for Later
Add to My Front Page
From The Left 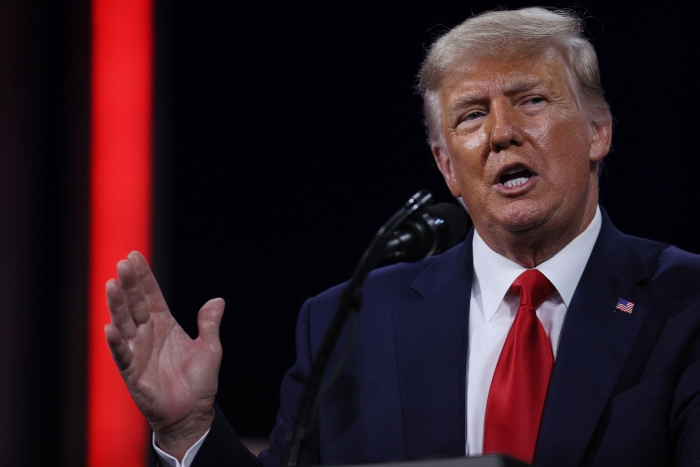 Former President Donald Trump could return to Facebook on Jan. 7, 2023.

Nick Clegg, Facebook’s vice president of global affairs, announced Friday that the company has cut short its “indefinite” ban on Trump, which was imposed after he used the platform to spread baseless claims of election fraud and incite the Jan. 6 insurrection at the U.S. Capitol.

In its place, Facebook has implemented a conditional two-year ban.

Should Facebook determine Trump fit to return to the platform at the end of that ban, he’d be back just in time for...

Thomas J. Barrack, a billionaire businessman and longtime friend to former president Donald Trump, was arrested Tuesday in California and charged with...

Trump: 'No Talk of Coup'

Former President Donald Trump released a statement Friday saying he "never once" discussed the possibility of a coup to remain in power after the 2020...