Technology, Joe Biden, Artificial Intelligence, War, Weapons, China, Russia, US Congress
Save for Later
Add to My Front Page
From The Center 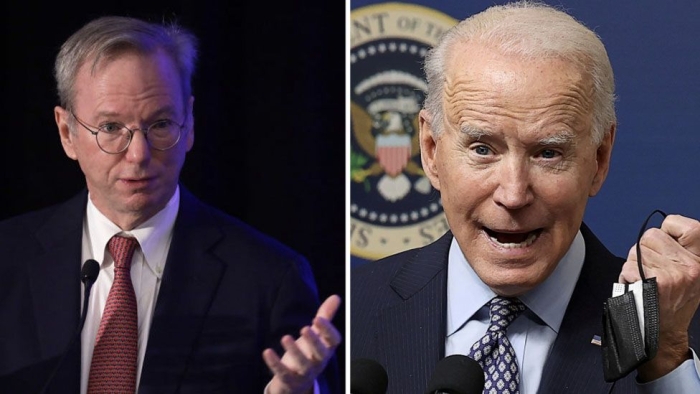 The US and its allies should reject calls for a global ban on AI-powered autonomous weapons systems, according to an official report commissioned for the American President and Congress.

And it warns Russia and China would be unlikely to keep to any such treaty.

"This is a shocking and frightening report that could lead to the proliferation of AI...

NEWS
Zoom Court Is Changing How Justice Is Served
The Atlantic

Zoom Court Is Changing How Justice Is Served
ANALYSIS

In july, Michelle Rick, then a circuit-court judge in two Michigan counties, tweeted cheerily about a divorce she’d recently finalized. The participants had...

Revealed: the Facebook loophole that lets world leaders deceive and harass their citizens

Facebook has repeatedly allowed world leaders and politicians to use its platform to deceive the public or harass opponents despite being alerted to evidence...

Senators have grilled Apple and Google in Washington over "anti-competitive" behaviour related to their app stores. Representatives from Tile, Spotify and...

Apple will let Parler, a social media app popular with conservatives, back onto the App Store after Parler made attempts to improve its speech detection and...

Coinbase valued at close to $100 billion in its Nasdaq debut

Coinbase shares opened at $381 on the Nasdaq Wednesday morning, giving the cryptocurrency exchange an initial market cap of $99.6 billion on a fully-diluted...

Biden Has Bipartisan Support On 3 Major Issues. Why Is He Ignoring Them?
ANALYSIS

Despite his own calls for bipartisanship and unity, President Joe Biden is using the budget reconciliation process and executive orders to push policies that...