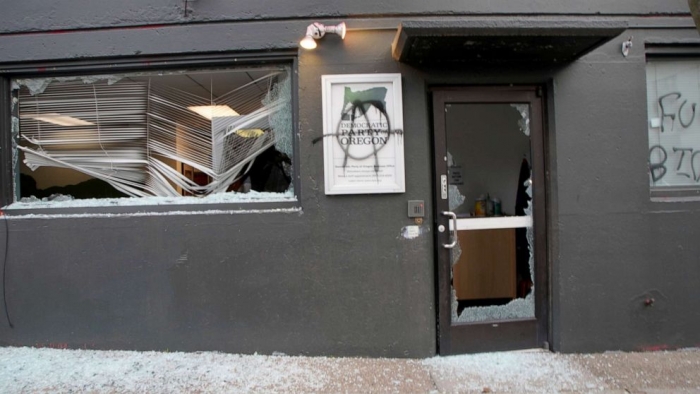 At least eight people were arrested in Portland on Wednesday after rioters damaged both federal and private property, police said.

Dozens of protesters took to the streets of Oregon's largest city following the inauguration of President Joe Biden. Some people were seen carrying Black Lives Matter signs, while others held banners with anti-Biden or anti-police slogans.

Although the demonstrations were largely peaceful, two protest events resulted in property damage and arrests, according to the Portland Police Bureau.

A crowd of about 150 people gathered at Revolution Hall, a music venue...