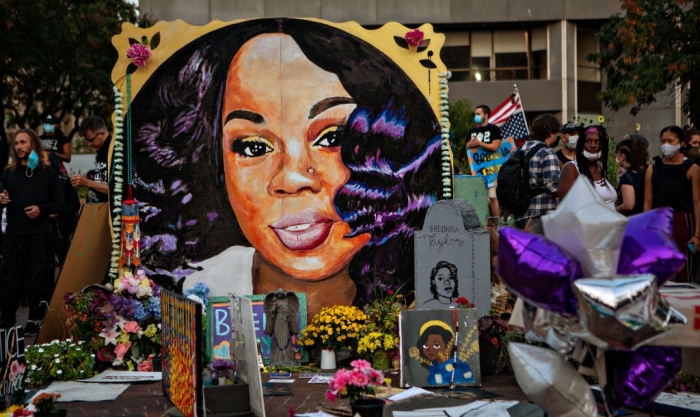 The Louisville police officer who shot and killed Breonna Taylor in her home, along with the detective who prepared the search warrant for the deadly raid, were both told on Tuesday that they face dismissal from the force more than nine months after Taylor’s death.

According to NBC News, “Det. Joshua Jaynes was informed that the Louisville Metropolitan Police Department intends to terminate his employment, a department spokesperson confirmed to NBC News, and a lawyer for Det. Myles Cosgrove confirmed he received a letter of termination from the department.”

Six months after mass protests began, what is the future of BLM?
ANALYSIS

“When there’s a chance to make change, we must be ready to take it,” says YahNé Ndgo, a singer and activist with Philadelphia’s chapter of Black Lives Matter (...

After an interview on Snapchat, President Barack Obama is receiving blowback for criticizing calls to “defund the police,” which he referred to as “a snappy...

Kyle Rittenhouse, Accused In Kenosha Shootings, Pleads Not Guilty To All Charges

Kyle Rittenhouse, a young gunman facing criminal charges in the killing of two men and the serious injury of a third this summer in Kenosha, Wis., entered not...

A coalition of local and national media companies is opposing a request by prosecutors in the George Floyd case to limit trial access to closed-circuit TV...

President-elect Joe Biden said that the supporters of President Trump who attacked the Capitol on Wednesday were "a riotous mob" and "domestic terrorists."...

Kenosha cop who shot Jacob Blake will not be charged: DA

The Wisconsin cop who shot Jacob Blake on Aug 23 will not face criminal charges in the case — nor will any other officers, Kenosha District Attorney Michael...