2020 Election Was ‘Most Secure in American History,’ Cybersecurity Agency Says 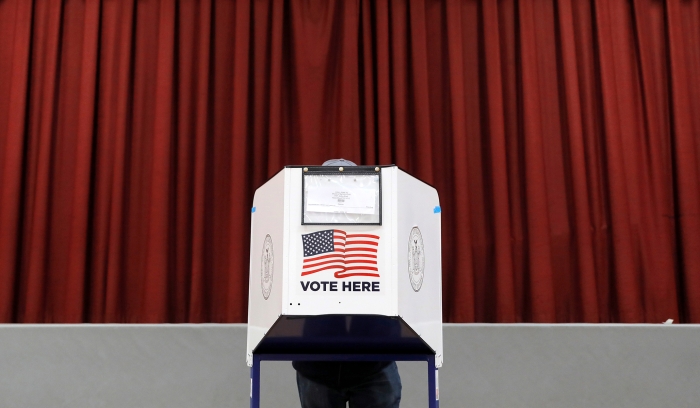 Federal and state officials who coordinate election cybersecurity said Thursday there is “no evidence” last week’s election was compromised, calling it the “most secure in American history.”

In a joint statement, members of committees within the Department of Homeland Security, including officials from the U.S. Election Assistance Commission and the Cybersecurity and Infrastructure Security Agency and the presidents of the National Association of State Election Directors and the National Association of Secretaries of State, disputed “unfounded claims” of widespread voter fraud in the November 3 election.

NEWS
How Should the U.S. Respond to Russia’s Cyberattack?
Slate

THE HACKING CAMPAIGN that infected numerous government agencies and tech companies with malicious SolarWinds software has also infected more than a dozen...

In the wake of a massive, potentially catastrophic hack that is reportedly affecting numerous federal agencies and large US corporations (the scope of the...

The US government continues to reel from a large and sophisticated hacking campaign that affected top federal agencies, including the energy department, the...

How should the U.S. respond to the massive Russia-linked hack?

Hackers believed to be connected to the Russian government breached the computer networks of both the private sector and some of the top agencies in the United...

Since news of the SolarWinds hack surfaced nearly a week ago, high-ranking Trump administration officials had remained largely silent about the cyberattack...

Microsoft says it found malicious software in its systems

Microsoft Corp said on Thursday it found malicious software in its systems related to a massive hacking campaign disclosed by U.S. officials this week, adding...

A suspected Russian hack that is rippling across federal agencies and U.S. businesses highlights the far-reaching impacts of attacks on supply chains....

The US Federal Trade Commission is ordering nine tech companies to provide data to the federal agency on how they collect and use people's personal information...

Two-thirds of Americans are unconcerned personal Internet-connected devices could be recording them in some way, according a survey by the website Safety.com...

Hackers have reportedly breached the U.S. government agency responsible for maintaining the nation’s stockpile of nuclear weapons, according to news reports...