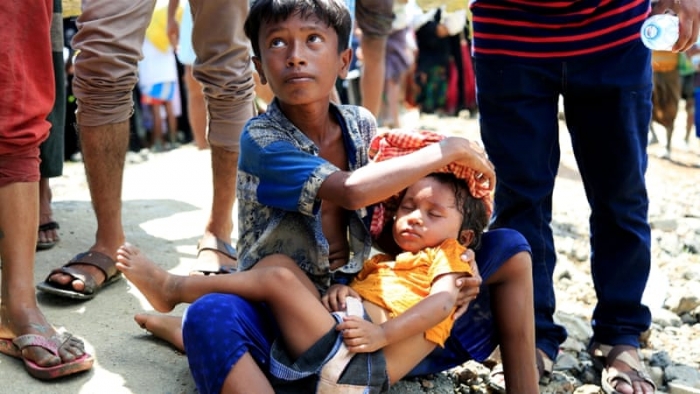 Three Myanmar military officers have been found guilty by a court-martial investigating atrocities against the Rohingya in conflict-ridden Rakhine state, the army announced.

The rare action against members of the military on Tuesday comes as Myanmar faces charges of genocide at the UN's top court over a brutal 2017 crackdown against the Rohingya.

Some 750,000 mostly Muslim Rohingya fled to neighbouring Bangladesh during the crackdown, carrying with them accounts of widespread murder, rape and arson.

Wilderness across the planet is disappearing on a huge scale, according to a new study that found human activities had converted an area the size of Mexico...

Yoshihide Suga Is Japan's New Prime Minister. Here's What That Means for the U.S.
ANALYSIS

As Japan’s new prime minister, Yoshihide Suga, takes the reins of the world’s third-largest economy this week, he inherits a domestic agenda swamped by the...

Barbados has decided to press ahead with long-running plans to remove the Queen as head of state, prompting speculation that other Caribbean islands may follow...

Trump to announce further reduction in US troops in Iraq

United States President Donald Trump will announce a further withdrawal of US troops from Iraq on Wednesday, according to a senior administration official, as...

A Norwegian far-right MP has nominated Donald Trump for the Nobel peace prize for a second time, citing his role in the normalising of relations between Israel...

Europe will face a rising death toll from the coronavirus during the autumn months, the World Health Organization warned on Monday, as the number of daily...

The U.S. issued a sweeping new advisory warning against travel to mainland China and Hong Kong Tuesday, citing the risk of “arbitrary detention" and “...

If we want to end these wars, we can look to Trump and say: “Do it, or we’ll find someone who will.” ‘LET’S BRING THEM HOME! @TuckerCarlson,” Trump tweeted...

While the broadcast networks (ABC, CBS, and NBC) were stoking fear of any coronavirus vaccine produced under Trump’s presidency, they blacked out the...