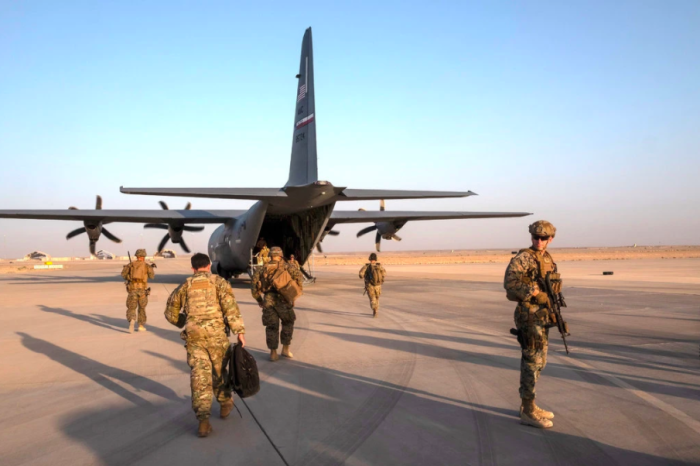 WASHINGTON — American intelligence officials have concluded that a Russian military intelligence unit secretly offered bounties to Taliban-linked militants for killing coalition forces in Afghanistan — including targeting American troops — amid the peace talks to end the long-running war there, according to officials briefed on the matter.

The United States concluded months ago that the Russian unit, which has been linked to assassination attempts and other covert operations in Europe intended to destabilize the West or take revenge on turncoats, had covertly offered rewards for successful attacks last year.

One hallmark of the Trump era is that incidents of terrorism are not followed by the traditional calls for national unity but often deepen the partisan divide...

The FBI announced Thursday that investigators had thwarted a plot by a right-wing militant group to kidnap Michigan Gov. Gretchen Whitmer at her vacation home...

QAnon followers were speculating on Tuesday night that Facebook’s new ban on all QAnon groups and pages was part of a complex plan by the Trump administration...

The Justice Department on Wednesday charged two British members of ISIS with terrorism offenses related to their alleged roles in the kidnapping and killing of...

Facebook says it will ban QAnon across its platforms

The House Intelligence Committee on Wednesday released a report finding that the U.S. intelligence community has failed to adapt to the growing threat from...

President Trump addressed the baseless, far-right QAnon conspiracy theory directly for the first time on Wednesday, saying he didn't know much about the online...

Federal law enforcement officials announced they foiled a plot to kidnap the governor of Michigan and start a civil war just weeks before the presidential...

Facebook-owned Instagram has announced that will ban all QAnon accounts, including ones that don’t promote violence, while refusing to remove ISIS propaganda...

We cannot forget that America’s safety over the past two decades has come at a great cost. Exactly 19 years ago, Al Qaeda launched a vicious attack on our...