Dow closes at 3-year low below 20K, wiping out nearly all of Trump era's gains

banking and finance, coronavirus, Dow Jones, Stock Market, Wall Street, Economy and Jobs
Save for Later
From The Left 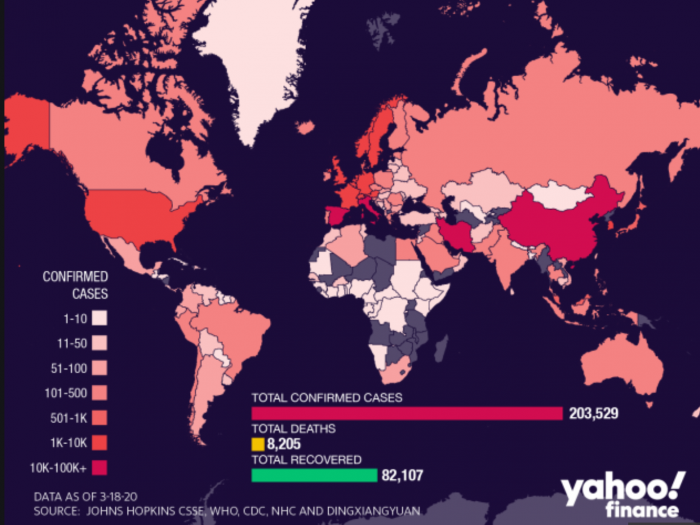 Stocks were bludgeoned in yet another volatile session on Wednesday, sinking to a three year low with worldwide cases of the coronavirus soaring above 200,000, amid panic selling that nearly wiped out all of the gains made since President Donald Trump was inaugurated on Jan. 20, 2017.

The ongoing COVID-19 crisis has forced governments around the world to consider stimulus measures and imposing stiff restrictions to prevent further spreading. However, the economic fallout is already being felt, with several indicators deteriorating sharply, and Wall Street predicting a recession this year.

“There is no longer doubt that the longest global expansion on record will end this quarter,” JPMorgan Chase economist Bruce Kasman wrote in a note on Wednesday. “The key outlook issue now is gauging the depth and the duration of the 2020 recession.”

Wednesday’s volatile session shaved over 1,300 points off the Dow Jones Industrial Average, which settled below the psychologically-important level of 20,000 — its lowest close since February 2017 and deep in bear market territory. Oil’s demand and supply woes have also dragged the commodity to its lowest levels in nearly two decades.