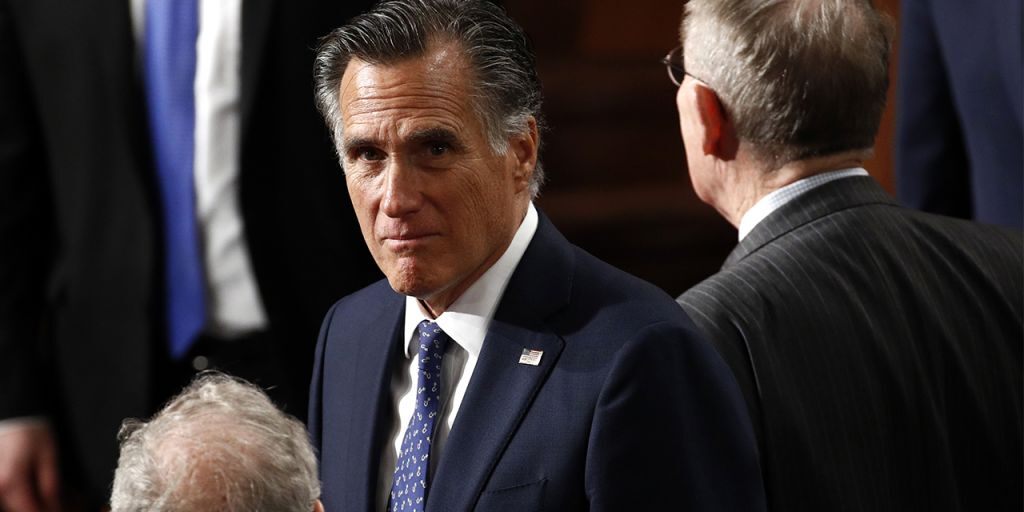 Sen. Mitt Romney is backing a new Senate probe involving Vice President Joe Biden and his son Hunter that could be a thorn in the side of the former vice president as he campaigns for the White House.

Romney had expressed reservations on whether to join with the rest of the Republicans on the Senate Homeland Security Committee on an expected vote next week to subpoena documents over concerns the investigation may appear politically driven.

Go ad-free!   About these ads
More news about US Senate
https://www.foxnews.com/politics/romney-will-vote-to-approve-subpoena-in-senate-committees-hunter-biden-probe

WASHINGTON — Federal agents seized a cellphone belonging to a prominent Republican senator on Wednesday night as part of the Justice Department’s...

Top federal health officials are being pressed during a highly anticipated Senate hearing Tuesday on whether the country is ready to reopen, with Anthony S....

Senators Clash Over How Soon To Reopen The Economy

Members of the Senate Banking Committee squabbled Tuesday over how quickly the U.S. economy can rebound from the coronavirus shutdown and whether the federal...

Mitch McConnell says he was wrong to claim Obama didn't leave Trump a pandemic plan after...

Senate Majority Leader Mitch McConnell (R-Ky.) announced Thursday that Sen. Richard Burr (R-N.C.) is stepping down from his position as chairman of the Senate...

Leading U.S. infectious disease expert Anthony Fauci on Tuesday warned Congress that while the federal government is working to help manufacture a vaccine...

Hearing for key appeals court vacancy is part of McConnell’s continued push to fill judiciary with conservatives. Senate Republicans, with their return to...

Fauci, other top health officials testify before Senate on reopening country amid coronavirus

Dr. Anthony Fauci, the face of the White House coronavirus task force, testified Tuesday before the Senate Health Committee on efforts to combat the...

Biden’s Lawyer Responds To Secretary Of Senate Who Said She Can’t Comply With Biden’s Request To...

2020 presidential candidate Joe Biden’s lawyer responded Monday to the secretary of the Senate who said that her office cannot comply with Biden’s request to...