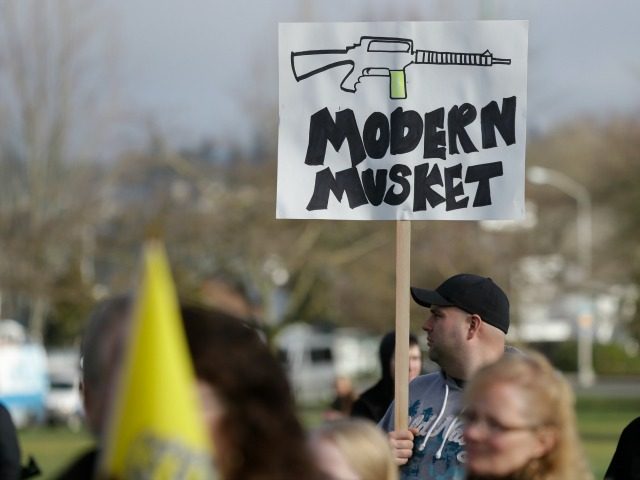 The divide then was that the people of Western Virginia did not believe “the government at Richmond” had their best interests at heart and that such a divide exists again again today (over 118 local governments in Virginia have declared themselves Second Amendment Sanctuaries for this reason).

West Virginia Delegates use the resolution to pledge...

AllSides Media Bias Rating: Right
You disagree.
Thank you! Community votes alone don't determine our ratings, but are valuable feedback and can prompt us to do more research.
68828/58953

FORT LAUDERDALE, Fla. (AP) — A 23-year-old man who posted on Facebook, “I don’t know why I don’t go on a killing spree.” A West Palm Beach couple who shot up...

As a Virginia Senate committee debated how to craft a policy allowing police to take guns away from people deemed dangerous, one Republican made an ominous...

RICHMOND, Va. (AP) — Tens of thousands of gun-rights activists from around the country rallied peacefully at the Virginia Capitol on Monday to protest plans by...

Mike Bloomberg: Having a Gun in Your Home Puts You at Risk

Democrat presidential hopeful Mike Bloomberg suggested average Americans are placed at higher risk of death or injury by having a gun in their home, during a...

Virginia Gov. Ralph Northam’s push to ban the sale of assault weapons has failed after members of his own party balked at the proposal. Senators voted to...

President Trump marked the second anniversary of the deadly school shooting in Parkland, Florida on Friday, tweeting that all Americans should “cherish and...

Tony Montalto, the president of Stand With Parkland, a group founded by the seventeen families who lost a loved one at the Parkland school massacre in 2018, on...