On Impeachment, Where Are the 'High Crimes'? 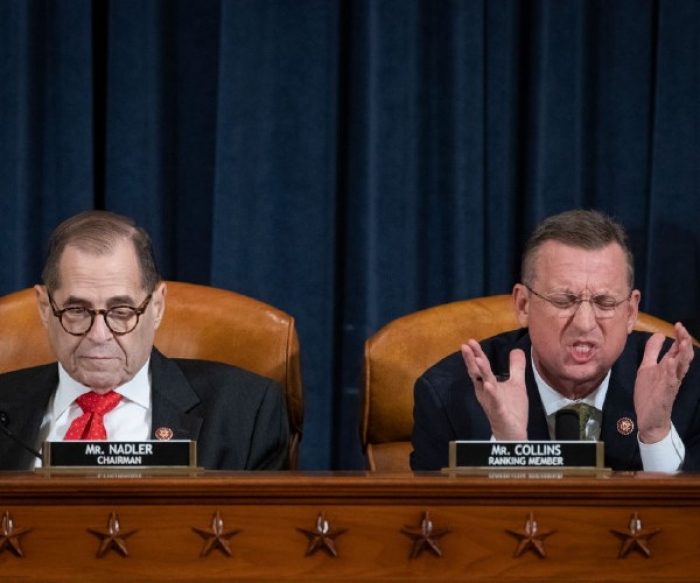 "Quid pro quo" was the accusatory Latin phrase most often used to describe President Donald Trump's July 25 phone call asking for a "favor" from the president of Ukraine.

New Year's prediction: The Roman poet Horace's Latin depiction: "Parturient montes, nascetur ridiculus mus" — "The mountains went into labor, and brought forth a mouse" — will be used to describe the articles of impeachment drawn up by Nancy Pelosi's House.

Article II is titled "Obstruction of Congress." What does it allege?

That Trump "directed the unprecedented, categorical, and indiscriminate defiance...

NEWS
Dr. Fauci Says Not Having to Deal With a Lying President Is ‘Liberating’
Vice

Dr. Fauci Says Not Having to Deal With a Lying President Is ‘Liberating’

Dr. Anthony Fauci is back at the White House podium — and feeling liberated. Fauci, President Biden’s newly-minted chief medical officer, made it clear...

Here are the executive actions Biden will take this week
ANALYSIS

Joe Biden will spend the second week of his presidency in much the same way he spent his first: signing a slew of executive actions intended to roll back...