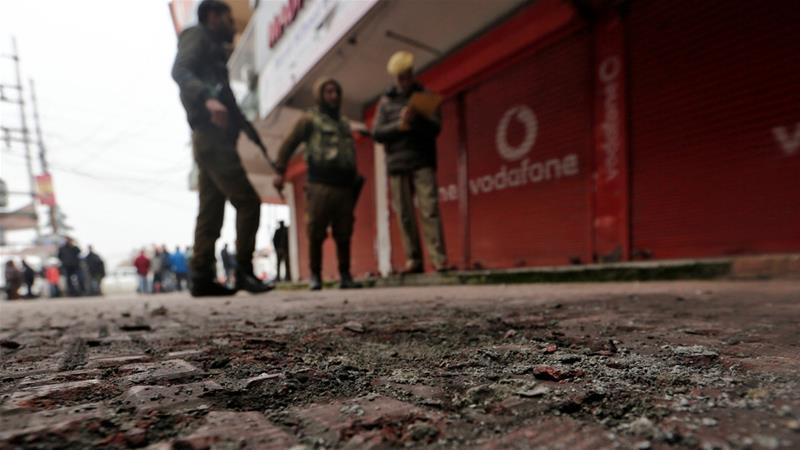 At least two people have been killed in grenade attacks in India-administered Kashmir and two armed rebels shot dead by Indian forces, officials said, in one of the region's most violent days since New Delhi imposed a security clampdown more than three months ago.

India's Hindu nationalist government shut down internet and phone lines and flooded the country's only Muslim-majority region with security forces to back its August 5 move to strip Kashmir of its autonomous status and impose tighter central control.

In Kashmir, a family's harrowing quest to prove their son's death

Denmark's 'ghetto plan' and the communities it targets

At the end of each year, the Danish government publishes a list of what it classifies as the country's "ghettos". There are currently 28. Areas where more...

Braving the snow and cold, Abrar Ahmad, 18, is one of the thousands of Kashmiris who regularly spend hours journeying on a packed train just so that they can...

Islamabad, Pakistan - At least 14 people have been killed and more than 20 others wounded in a bomb attack on a mosque during sunset prayers in the southwest...

'Millions' of Indians strike in protest against gov't policies

Millions of Indians went on a strike on Wednesday, unions said, as workers angry at the government's labour policies brought travel chaos across the country...

Nearly half a billion animals in Australia’s New South Wales state have been killed by raging wildfires in the last couple months, and the devastating death...

UNICEF Estimates 400,000 Babies Will Be Born On New Year's Day

The baby girl cooing in a hospital in the Pakistani capital was long awaited. Her mother, Ambreen Saddam, 28, had been trying to conceive for four years. She...

The Hong Kong protests explained in 100 and 500 words

Anti-government protests have rocked Hong Kong for months and the situation shows no sign of dying down. Here's all the background you need to know in 100...

KABUL, Afghanistan (AP) — The Taliban said Sunday they have agreed to a temporary cease-fire nationwide. It provides a window during which a peace agreement...