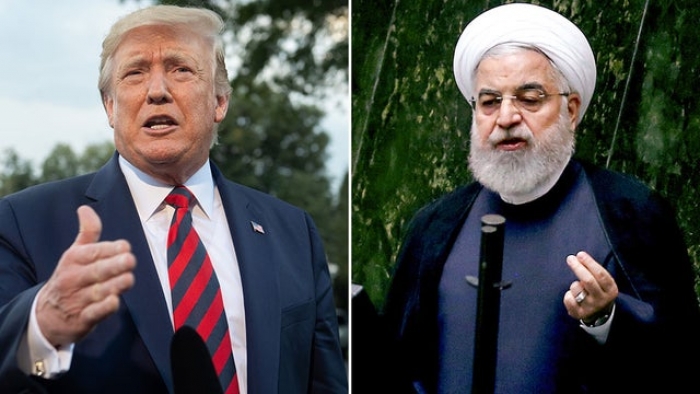 Iran hawks and doves alike believe that President Trump’s policy toward the Islamic Republic will shift with the ouster of national security adviser John Bolton.

That’s provoked some concern from hawks, who worry Bolton’s departure could lead to a softening toward Iran given Trump’s flirtation with meeting the country’s leader.

They are particularly worried when it comes to the 2015 nuclear agreement negotiated by the Obama administration that has been shunned by Trump.

NEWS
“The end of arms control as we know it”
Vox

Spying accusations and consulate closures speak to an accelerating deterioration of relations. Some experts say action over Chinese spying in the U.S. is long...

“China ordered the United States on Friday to close its consulate in the western city of Chengdu… The move was a response to the Trump administration’s order...

Chengdu: US leaves consulate amid row with China

American diplomatic staff have left their consulate in the Chinese city of Chengdu, after a 72-hour deadline expired. China ordered the closure in response...

Should the U.S. ban TikTok over security concerns?

Amid ongoing tensions with Beijing, the Trump administration has considered banning a number of Chinese-owned apps over national security concerns, including...

FBI director: China is 'greatest threat' to US

The director of the FBI has said that acts of espionage and theft by China's government pose the "greatest long-term threat" to the future of the US....

Foreign nationals from countries such as China and Iran were granted security clearances by the U.S. government agency in charge of broadcasting, jeopardizing...