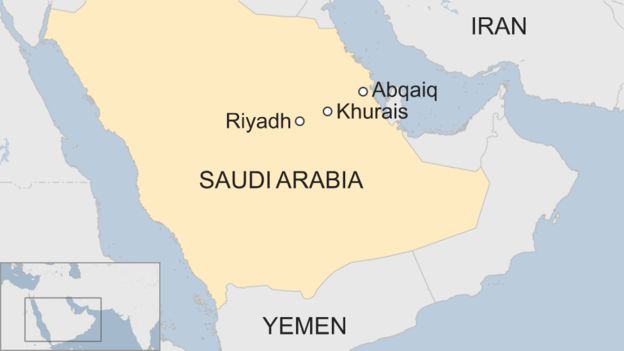 The fires are now under control at both facilities, state media said.

A spokesman for the Iran-aligned Houthi group in Yemen said it had deployed 10 drones in the attacks.

The military spokesman, Yahya Sarea, told al-Masirah TV, which is owned by the Houthi movement and is based in Beirut, that further attacks could be expected in the future.

He said Saturday's attack was one...