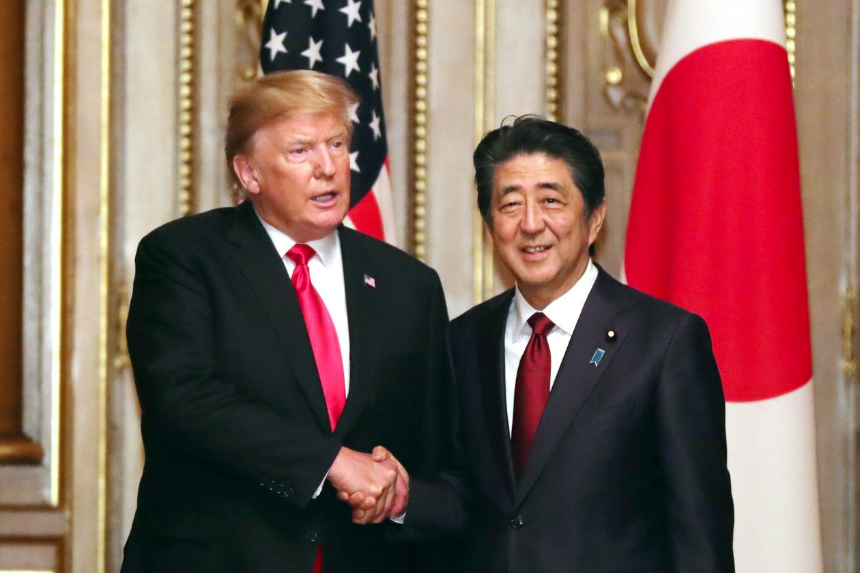 The president said North Korean leader Kim Jong Un “is looking to create a nation that has great strength economically.” He said recent small-missile tests by North Korea were possibly just an effort...

Why is Hong Kong protesting? What do protesters want? And what might China do? Protesters filled Hong Kong International airport last week. Many wore black...

In Japan, Trump pushes a hard line on trade — and a soft line on North Korea

Trump said recent North Korean missile tests are nothing to worry about, and that he wants “fairness and reciprocity” in a US-Japan trade deal. President...

The forced move was highly unusual because the White House had approved of and supported the use of the space by media who cover the president.

The Thai boys cave rescue is underway: what we know so far

Four boys have been rescued so far, but there’s still more to go.

MANILA (Reuters) - The Philippines has banned two U.S. lawmakers from visiting and will introduce tighter entry restrictions for U.S. citizens should...

“Hong Kong’s leader said on Monday she would listen to public opinion after a landslide election victory by opponents of Chinese rule amid months of sometimes...

“Hong Kong was in lockdown on Tuesday, with barricades in the city center, shuttered stores and a heavy riot police presence, as authorities scrambled to...

Hong Kong leader withdraws extradition bill, but too little too late, say some

“Hong Kong’s Airport Authority has canceled all flights not yet checked in by Monday afternoon, the agency said, as anti-government protesters peacefully...

President Donald Trump opened a state visit to Japan on Saturday by needling the country over its trade imbalance with the United States. “Maybe that’s why you...

Media evicted from Vietnam hotel ahead of Trump-Kim summit

Members of the media were told to leave a hotel in Hanoi on Tuesday before the arrival of North Korean leader Kim Jong Un.