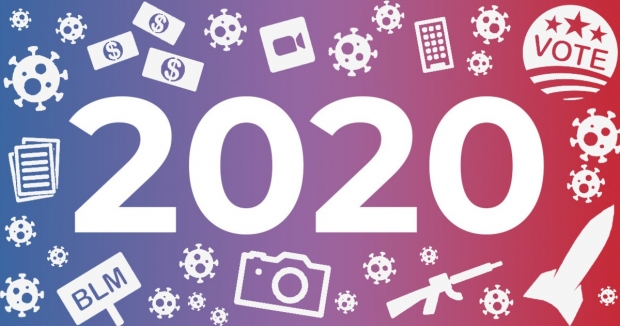 A lot happened in 2020, and media bias could be seen in almost all of it.

As we put a chaotic 12 months in the rearview mirror, let’s briefly return to the year’s biggest stories in the form of a media bias calendar. From conflict in the Middle East and the start of the global pandemic to protests, riots and the presidential election, we covered it all in 2020.

Remember times before coronavirus? The world was briefly consumed by the news of top Iranian General Qassim Soleimani being killed by a U.S. airstrike. In the aftermath, some media outlets framed Soleimani as evil, while others framed him sympathetically and painted the U.S. as being at fault.

A study in Science Advances came to some controversial conclusions, which were then unfairly framed in coverage from both left- and right-rated media. We pointed out media bias in coverage and also examined the study for ourselves — noting that it looked only at how local journalists cover political candidates for local offices, not at the media landscape overall.

March: Living in a filter bubble during coronavirus and Sensationalism in coronavirus coverage

It was clear early on that people would learn about and react to the pandemic based on the news sources they read, and the stories they might ignore. It also became evident quickly that biased news outlets would sensationalize certain aspects of pandemic news to get clicks — and they did.

The president sparked controversy with inquiries he made at a press briefing about injecting disinfectant as a way to cure coronavirus. We fact-checked the subsequent media coverage, and found many examples of misleading or incomplete coverage from across the media spectrum.

May: News outlets should be transparent about their bias

After former CBS News president Van Gordon Sauter wrote about liberal media bias in the Wall Street Journal, our CEO responded with a call for news sources to be open and honest about their internal biases.

After George Floyd’s death under the knee of a Minneapolis police officer in May, protests popped up worldwide. These demonstrations sometimes descended into riots and violence. In July, we looked at an example of these events in London, and whether the media had wrongly framed them as “peaceful.”

Whether protests spread coronavirus depends on your bias

July was a very biased month. Stand-offs between armed home-owners and protesters...differing coverage of COVID-19 spikes...Fox News cropping Trump out of a photo with Jeffrey Epstein...the list goes on.

August: 5-Year-Old Cannon Hinnant shot and killed in his front yard and Details omitted in reports of Kenosha shooting

Unfortunately, August’s news was as violent as July’s was biased. Two of the month’s biggest stories were about fatal shootings, and we examined media bias in coverage of both: the fatal shooting of 5-year old Cannon Hinnant — which many initially accused the mainstream media of ignoring in favor of certain racially-charged political narratives — and gunfire from 18-year-old Kyle Rittenhouse that killed two people in Wisconsin — which led to many media outlets omitting details

September: How the Associated Press mixes news and analysis

In September, we took a close look at lapses in journalistic ethics from the Associated Press, including the mixing of news and opinion and a lack of clear labeling on their content. We also released the most recent edition of our Media Bias Chart in September, which we provided a new rating for AP Politics and Fact Check as Lean Left.

October: How partisan media use data to draw wildly different conclusions and How fact checkers were biased in the 2020 election

As the coronavirus pandemic continued into the fall, so did media bias in the form of slanted data. We inspected that, and also some cases of bias from 2020 election fact-checkers.

Immediately following the election, inconsistent media estimates and early projections caused confusion. We attempted to draw a clear line between what the media says and what the official vote-counting process must consist of.

News companies spend all day trying to get your attention. It’s time you got hip to their tactics. A guest writer contributed this handy guide to noticing how a media outlet might be manipulating you to remain engaged.

Henry A. Brechter is the Managing Editor of AllSides.com. He has a Center bias