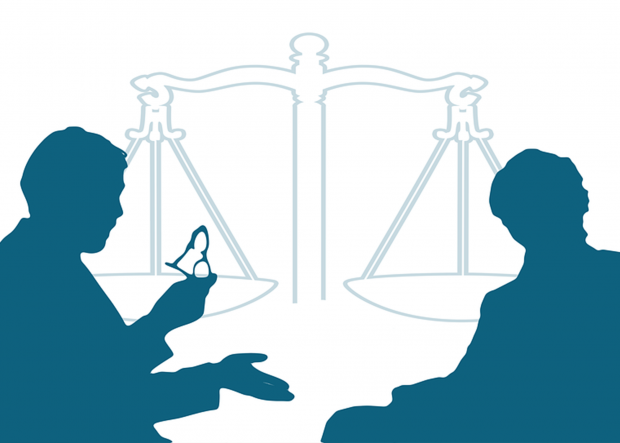 An upcoming study slated to appear in Science Advances sought to examine if the political ideologies of journalists have any impact on their work. Its results — and what they mean beyond the title — have added fuel to the ongoing and often misinformed debate over how ideological biases influence news publishing.

As is often the case in a hyperpolarized media climate, the study, titled There is No Liberal Media Bias in the News Political Journalists Choose to Cover, has been unjustly weaponized by left and right alike. While some misleadingly used the research to support broad claims that there is no bias in the news, others zoomed in on the study’s flaws while ignoring any actual value it might contain.

The first page of the study previews the end result …

“... we show definitively that the media exhibits no bias against conservatives (or liberals for that matter) in the news they choose to cover. This shows that journalists’ individual ideological leanings have surprisingly little effect on the vitally-important, but up to this point unexplored, early stage of political news generation.”

… and the conclusion ties the results into current events:

“Despite repeatedly claiming that the media chooses to cover only topics that are detrimental to [President Trump’s] campaign, presidency, and followers, we find little evidence to comport with the idea that journalists across the U.S. are ideologically biased in the political news they choose to cover.”

Results do show little evidence of bias in any direction, but there’s a key detail the title and introduction miss — the study looked at how local journalists cover candidates for local political offices.

That distinction wasn’t made immediately clear by the study’s title, introduction or in pre-release publicity from the authors. University of Virginia professor John Holbein, one of the study’s researchers, posted a link to the full report on Twitter while describing one of its main takeaways: “Despite being *dominantly* liberal, journalists do not filter news stories ideologically.”

Twitter’s notorious quick-take format can often encourage misleading statements devoid of nuance. If Holbein’s tweet was re-written to be more precise, it might have looked like this: “Despite being dominantly liberal, [our study shows no evidence that local] journalists [filter] news stories ideologically [in their choice of which candidates to initially cover in local elections].”

But the quicker, broader and more misleading version became the one media coverage focused on. Salon.com writer Paul Rosenberg interviewed the study’s lead author, Hans Hassell, who shed some additional light on the methodology for a January 5 article titled “Not fake news: Major study finds no "liberal bias" in media — but there are other problems.”

“We created a fake state legislative campaign...We created an email account that purported to be from an individual in the community who was going to announce his candidacy for state legislature. Then we posed as a staffer for that campaign and sent an email to every single individual asked to participate in the survey.”

The emails were randomized as coming from either progressive or conservative candidates and sent to roughly 13,500 journalists, testing if recipients were more inclined to cover a candidate on their side of the aisle based on their estimated political leanings. They were not, a finding that supports long-standing trends of local news in the U.S. being the most trusted medium.

Unfortunately, that promising discovery was lost beneath partisan rancor. After Rosenberg’s far-reaching attempt to dismiss left-leaning media bias altogether, subsequent reactions on the other side of the spectrum were written as insults instead of analysis.

“Besides the silly test, note that the professors studied local papers, not the national outlets people think of when they think of media bias against Donald Trump or fealty toward Nancy Pelosi,” wrote NewsBusters reporter Clay Waters. …”Rosenberg [also] pivoted from the study to show his own bias, bringing up an article he wrote defending Rep. Alexandria Ocasio-Cortez from Washington Post fact-checking.

Rosenberg and Waters likely share truth-seeking as a foundational value for their journalistic work, but differ starkly in their conclusions about supposed liberal media bias: Rosenberg calls it “unfounded at best,” while Waters labels it “indisputable.”

They’re both wrong, as are most who attempt flag-plants on either side of the argument. Studies by AllSides and others have found evidence of left-leaning media bias, but because evaluating political bias is subjective, it can’t be labeled totally indisputable, either.

Is media bias intentional exclusion and suppression, or accidental? The result of echo chambers? Confident ignorance? The product of algorithmic imbalance, or a result of editorial mediocrity?

Awareness of these potential causes and complexities is fundamental to news literacy. It’s never as simple as blaming one side — human news creators carry with them unique personal experiences that shape their thought processes and rationale, meaning everything is biased in some way. This article could be considered biased toward understanding bias, purportedly leaving out a perspective that says bias isn’t worth trying to understand.

For clarity, look to AllSides. Understanding that any and all bias evaluations are subjective, we rely on multi-partisan methods and diverse forms of consensus to provide hundreds of media bias ratings and lay the groundwork for discussions about how many different kinds of competing ideologies influence digital circulation of news and knowledge. In addition to flagging examples of media bias, we’re also encouraging users to be wary of bias in a way that pushes them to investigate and comprehend a given issue more completely.

Debates over bias and claims of suppression will persist. But examining potential media bias as a means to identifying different perspectives and understanding issues better — rather than an end in incriminating the “other side” — will be fundamental to healing the polarization and partisanship that continue to make productive discussions across divides seem rare.