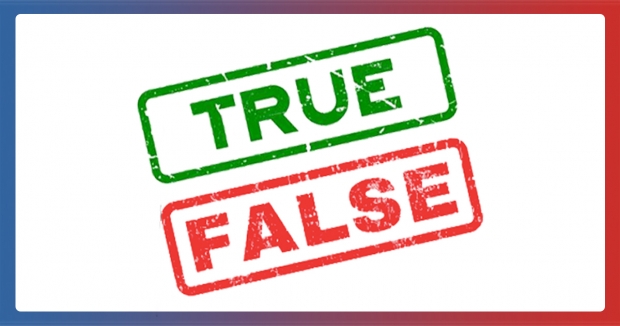 During the White House coronavirus press briefing on April 23, President Donald Trump set off a firestorm of mudslinging and misinformation when he inquired about possibly using disinfectant to treat people with COVID-19.

Fact checkers were all over the place after Trump made the comments, which followed Department of Homeland Security undersecretary William Bryan’s description of recent government tests that found sunlight and disinfectant to be effective in eliminating the virus.

Bottom line: Trump never said that people should inject or drink disinfectant. Headlines, social media posts and news coverage suggesting that he did are false or misleading.

However, Trump did ask if there is something we can do that is similar to using a disinfectant that kills COVID-19 quickly, “like injection inside or almost a cleaning?” Many interpreted that question as a major problem, and some in the media equated it to a recommendation or encouragement for people to inject or ingest disinfectant or bleach.

"So, I’m going to ask Bill a question that probably some of you are thinking of if you’re totally into that world, which I find to be very interesting. So, supposedly we hit the body with a tremendous, whether it’s ultraviolet or just very powerful light, and I think you said that hasn’t been checked, but you’re going to test it. And then I said supposing you brought the light inside the body, which you can do either through the skin or in some other way. (To Bryan) And I think you said you’re going to test that, too. Sounds interesting, right?"

And then I see the disinfectant, where it knocks it out in a minute. One minute. And is there a way we can do something like that, by injection inside or almost a cleaning? Because you see it gets in the lungs and it does a tremendous number on the lungs. So it would be interesting to check that. So, that, you’re going to have to use medical doctors with. But it sounds — it sounds interesting to me. So we’ll see. But the whole concept of the light, the way it kills it in one minute, that’s — that’s pretty powerful.

In evaluating the remarks, many fact checkers revealed their own media bias.

Snopes posed the question, “Did Trump Suggest Injecting Disinfectants as COVID-19 Treatment?” and rated the claim as “True,” saying he “offered his thoughts on how disinfectants could be brought inside the body ‘by injection.’” CNN’s headline read, “Trump dangerously suggests sunlight and ingesting disinfectants could help cure coronavirus.”

Right-rated fact checkers had a different tone. The Daily Wire, running the headline “No, Trump Did Not Tell People To ‘Inject Themselves With Disinfectant’ Or ‘Drink Bleach,” focused on fact-checking claims from Twitter users who stated that Trump “urged Americans to inject themselves with disinfectant.”

Breitbart published a fact check (editors later re-labeled it an opinion piece) saying that Trump was “far from a model of clarity, but he did not actually propose injecting patients with disinfectant.”

Another difference was seen in how fact checkers described the transcription of Trump’s comments. Some included the full transcription seen above; others, such as Politifact, failed to include Trump’s first words of “So I’m going to ask Bill…” in their transcription, which they described as “the full context.”

The use of a question mark at the end of the bold sentence in the transcript above was also inconsistent between different outlets. There wasn’t a clear partisan divide in this usage — some left-rated outlets included the question mark, along with many right-rated outlets. Some even used it in one part of a story, but failed to in other parts of the same story.

The video of Trump’s comments shows there may be some room for interpretation as to whether or not he posed the comment as a question; his voice was monotone and carried little extra inflection. But the fact that his comments begin with, “So, I’m going to ask Bill a question…” and, “And is there a way...” means Trump was questioning the possibility, not making a definite suggestion to those watching at home.

Using the word “suggestion” can be misleading in this case. The president very clearly “suggested” something at the briefing — but what exactly did he suggest?

Did Trump suggest looking into something like disinfectant injections as a possible COVID-19 treatment? Yes, he did.

Did he suggest people inject disinfectant? No, he did not.

This distinction is crucial in separating a nationally-televised spitballing session from a reckless call for self-treatment. A media outlet reporting responsibly would have strove to make that abundantly clear from the very beginning, but instead, we ended up with some examples of fake news.

Even "fact checkers" can be biased and reveal their subjective interpretations of events — yet another reason why people need to prioritize a balanced news diet, and get information from all parts of the political spectrum.