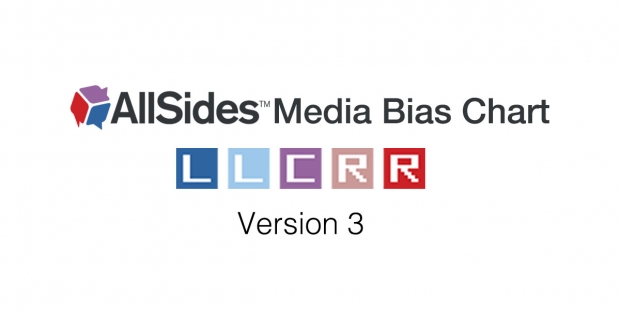 Version 3 of the AllSides Media Bias Chart features a number of changes. We changed the bias ratings for a few outlets after surveying over 2,000 people across the political spectrum for our latest Blind Bias Survey and conducting numerous Editorial Reviews to back up our ratings.

Ahead of the U.S presidential election, do you know the political bias of your favorite news source? The AllSides Media Bias Chart helps you to easily identify different perspectives and makes bias transparent, so you can avoid being manipulated by partisan political agendas. Our ratings inform our balanced newsfeed, which helps you to get a balanced news diet, think for yourself, and find the truth.

Check out Version 3 of the AllSides Media Bias Chart: 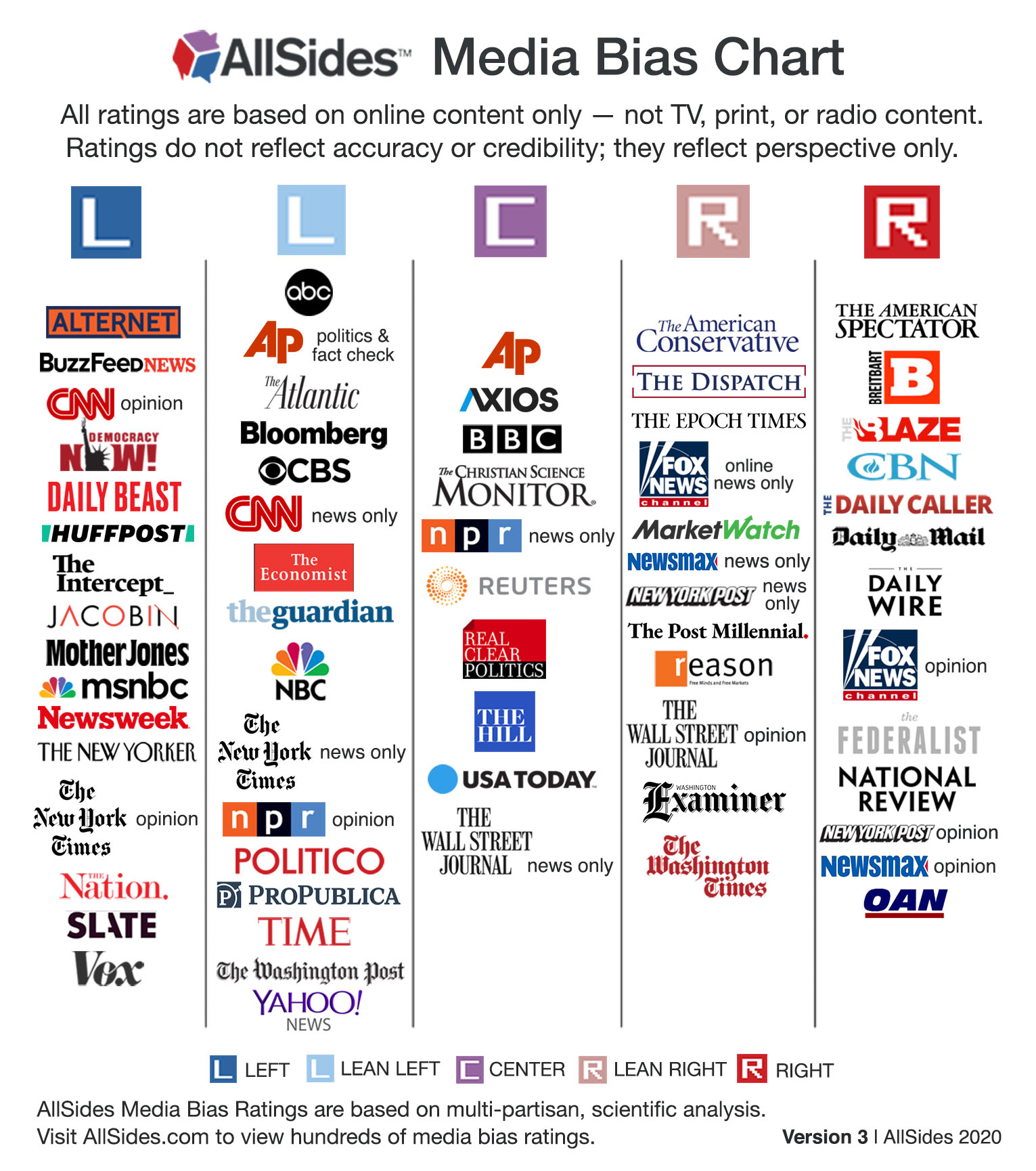 In our recent Blind Bias Survey, over 2,000 people from across the political spectrum blindly rated the bias of the Associated Press, BBC, Bloomberg, The Epoch Times, and The New York Times. That data informed some of these changes. Sign up to participate in our next blind bias survey.

View past versions of the AllSides Media Bias Chart: Version 1, Version 1.1, and Version 2.

A few things to remember about our chart:

We don’t rate accuracy or credibility. This chart represents perspective only.

Our bias ratings aren’t “accurate” — there’s no “accurate” measure of bias, as bias is largely in the eye of the beholder. For example, someone who is liberal may firmly believe AP News is Center, while someone who is conservative may see AP News as having a clear Lean Left bias. This is why we use multiple methods to rate bias, use a multi-partisan team, and represent the average views of people from across the political spectrum. Our ratings aren’t based on majority rule or the opinions of one group. Your individual perspective may vary, and we value your feedback. You can always vote on our ratings or email us.

Center doesn’t mean better! It can be tempting to look at our chart and think we should only read Center outlets, but Center doesn’t mean a source is neutral, unbiased, perfectly reasonable or credible, just as "far Left" and "far Right" outlets are not always "extreme," "wrong," or "unreasonable." It’s important to read outlets across the political spectrum, not just Center outlets. A Center media bias rating simply means a source or writer does not predictably show perspectives favoring either end of the political spectrum — conservative or liberal. A media outlet with a Center rating may omit important perspectives, or run individual articles that display bias, while not displaying a lot of predictable bias frequently.

Political bias is beyond left and right. Our bias scale is a good starting point to understand the political perspectives reflected in media outlets, but it can’t give the full picture. Politics is often about things like our views on authoritarianism versus libertarianism, collectivism versus individualism, nationalism versus globalism, and so on. To get a better understanding of political thought, go beyond Left versus Right: read about 14 types of ideological bias.