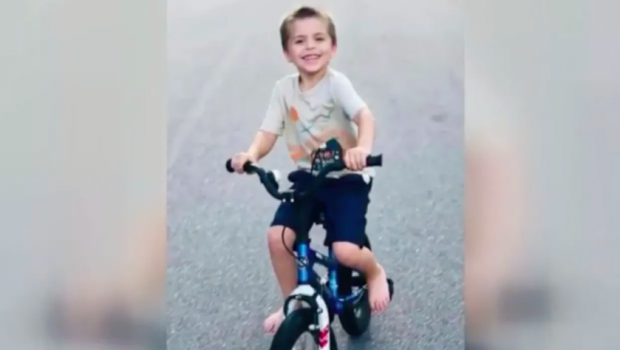 Numerous conservative commentators took to Twitter this week accusing the national press of media bias by omission when it comes to the death of Cannon Hinnant, a 5-year-old boy who was shot in the head by a man in North Carolina. The boy is white, the alleged killer is black.

Local news outlets reported that Darius Nathaniel Sessoms, 25, allegedly shot the 5-year-old at point blank range in front of his sisters, aged 8 and 7. He was arrested Monday after reportedly fleeing the scene.

Media bias by omission, one of the 11 Types of Media Bias, is a type of media bias in which media outlets choose not to cover certain stories or omit information that would support an alternative viewpoint.

Many on the right have long accused the mainstream media — and political groups it appears to support, such as Black Lives Matter — of selective outrage and media coverage when it comes to crime, saying the media highlights only outlier instances of police killings of black men, and ignores more prevalent black-on-white or black-on-black crime.

“If the races were reversed it would be national news,” tweeted Charlie Kirk, Founder and President of conservative nonprofit Turning Point USA. “The activist media is ignoring this because it doesn’t fit their narrative. Sick.”

“The national media's blackout of the Cannon Hinnant story is breathtaking,” tweeted writer Matt Walsh. “It's possibly the most heinous murder in memory -- a child executed at point blank range while riding his bike in his dad's yard -- and the national media has said nothing. Seriously, nothing. Incredible.”

“Heartbreaking. Shot by his neighbor for no reason. BLM will not march for him. Let's support the family,” wrote Newsmax political correspondent DeAnna Lorraine.

A Google search showed The Daily Beast, which AllSides rates as Left, the American Conservative (Lean Right), the Independent (Lean Left), The Epoch Times (Right) and TheBlaze (Right), which ran two pieces, were the only media outlets rated by AllSides to cover the story as of Thursday night. Daily Beast, the Independent, and The Epoch Times published news-style reports, while AmCon ran an analysis on the story as a case of media bias by omission and TheBlaze did both. Conservative writer Paul Joseph Watson of Summit News claimed Fox News (Lean Right) covered the story nationally, but AllSides couldn’t find an online story about it (it may have aired on TV). Update 8/14 3:10 pm EST: An AllSides reader wrote in saying they found the Fox News story, which was published 3 days ago. Update 8/14 12:24 pm EST: As of Friday morning, CNN (Lean Left) had also covered the story.

These accusations of media bias by omission highlight the deep ideological divide in America when it comes to race and crime, and how that is reflected in media coverage.

Conservatives pointed to Hinnant’s case to illustrate the notion that the media selectively elevates stories to make Americans believe there is an epidemic of systemic racism at the hands of the criminal justice system in the U.S., hiding stories that would reveal that narrative as false or point to other problems.

Some right-wingers say deaths of black men at the hands of police are often unjustified, but are also statistically very rare, and that they only appear to be common due to the national media giving outlier incidents a constant spotlight. They argue the media points to racism without evidence and is imbalanced, constantly reporting on incidents between black men and law enforcement without including data on high black crime rates.

Some conservatives argue that some deaths at the hands of police are the result of the offender committing a crime and resisting arrest or otherwise becoming a threat, not racism. They say there is no widespread evidence of racial bias in policing, and that police are more likely to be killed by a black man than the other way around. Left-wing media, they say, incorrectly blame white supremacy and the US justice system for issues in the black community instead of looking at root causes of crime, such as fatherlessness.

“Crime reporting these days seems more focused on the behavior of the police than on the behavior of criminals,” writes Jason L. Riley at the Manhattan Institute. “Police shootings of black men are rare, for example, but they get far more media coverage than when black civilians shoot one another, which is much more common. There were 4,368 shootings in Chicago last year, according to the Chicago Tribune’s crime database. Almost all of the shooting victims were black, and more than 99% of the shootings were carried out by civilians, not cops. Obviously, young black men in Chicago don’t roam the streets in fear of getting shot by police.”

Liberals, on the other hand, tend to see things differently. Many believe that an American history of slavery, oppression and violence against black people has held them back economically and otherwise up to and during present times. They say black men are hunted down by police, and that acts of violence by the state must be viewed in the context of past systemic injustice and thus deserve widespread attention. They see the killing of black men at the hands of police officers as evidence of systemic racism, defined as “systems and structures that have procedures or processes that disadvantages African Americans." Structural racism, they say, including over-policing or overly aggressive policing of black communities, has led to an “epidemic” of police violence that deserves pointed and constant media attention.

“Policing’s institutional racism of decades and centuries ago still matters because policing culture has not changed as much as it could,” writes Connie Hasset-Walker, Assistant Professor of Justice Studies and Sociology, Norwich University. “For many African Americans, law enforcement represents a legacy of reinforced inequality in the justice system and resistance to advancement – even under pressure from the civil rights movement and its legacy.”

It stands to reason that left-wing national media would see Hinnant’s death, while tragic, as not indicative of what they see as the real problem deserving of attention in the U.S — systemic racial injustice — and thus not warranting widespread national coverage.

“We do not know if race had anything to do with this killing, and we should not assume so without evidence,” writes Rod Dreher, Senior Editor at the American Conservative. “... But we also can be confident that if Sessoms were white and Hinnant had been black, this would have been front-page news, and on all the networks, even without evidence that it was a racially-motivated attack. Angry white man kills black child who trespassed on his lawn serves the narrative the media prefers.”

Journalists, who have limited resources, are forced to make editorial decisions about what to cover and what not to cover every day. Editors make different decisions depending on their worldview and philosophy. They may find systemic racial injustice as the most important issue of the day, so they choose to highlight that as often as they can. Other editors may say it’s really rampant crime that matters, and so would choose to highlight that issue. Stories and issues you may personally find important get buried.

A historic virtue of journalism was to provide a balanced view. Reporters used to feel a duty to cover all perspectives and fairly represent both sides of issues. Media outlets today are highly partisan; they only focus on one side, or have policy or financial motives, so they manipulate you or omit information to guide you toward what gets clicks or fits their worldview and agenda. This is why it is now so important to use tools like AllSides to read across the spectrum and learn what may be missing. That way you can better understand the world, identify bias, and decide for yourself.