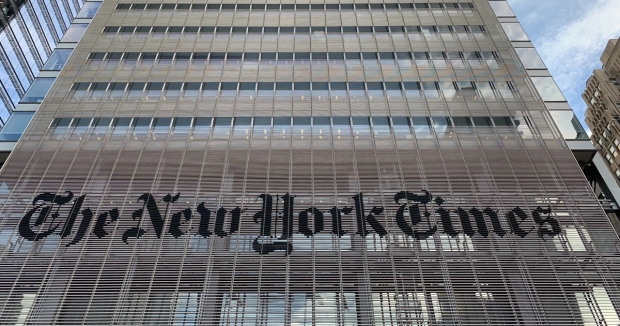 Weiss’ concerns about media bias and intolerance of diverse views are worth highlighting, as this is essentially why AllSides exists.

The high-profile resignation of writer Bari Weiss from the New York Times two weeks ago underscores the dire need for tools like AllSides, which exists to combat media bias and filter bubbles.

In her resignation letter, Weiss cited media bias and intolerance of diverse views by Times staff as a reason for her departure, saying, “my own forays into Wrongthink have made me the subject of constant bullying by colleagues who disagree with my views.” Weiss cites examples such as her character being demeaned in company-wide Slack channels and on Twitter, and coworkers who call her slurs, insist she be fired and “badger” those who are friendly to her.

AllSides can’t verify the claims Weiss makes about the internal culture at the New York Times, but we can attest to the larger, polarized culture to which her criticisms point, and to her view of the paper’s biases, both on the news (Lean Left) and opinion pages (Left). Weiss’ concerns about media bias and intolerance of diverse views are worth highlighting, because this is essentially why AllSides exists.

AllSides was created to break people out of ideological and information filter bubbles, and to help people consider a variety of perspectives and appreciate those who think differently. With controversy raging in the United States about open debate, cancel culture, and the ever-narrowing Overton Window, this has never been more important.

We have said before that media outlets should be open and transparent about their bias. Unchecked bias and filter bubbles can make us blind to or intolerant of other beliefs and the people who hold them. This ultimately leads to incivility and harms society as a whole.

Weiss is correct to raise the alarm bells about media bias and ideological conformity, especially within the institution of journalism, which was historically meant to be impartial in order to serve an informed electorate in a democratic society. Relatedly, we at AllSides resonated with much of the recent Harper’s letter, “A Letter on Justice and Open Debate,” signed by a number of prominent thinkers, writers and academics, The signers lamented, “The free exchange of information and ideas, the lifeblood of a liberal society, is daily becoming more constricted.”

Many in the media industry are overseeing a culture in which intolerance of opposing views enhances media bias and drives important perspectives and information into the shadows, furthering polarization and harming relationships. AllSides is here to do things differently, via our balanced newsfeed, media bias ratings, and opportunities for civil discourse.

AllSides is made up of people who have bias. We believe that all people and organizations do, as we describe in our Editorial Philosophy. Yet we firmly believe in getting a variety of perspectives, and we offer our audience the necessary breadth and depth they need to decide what they think for themselves. This is part of our DNA, and is the fundamental principle behind both Weiss’ resignation and the Harpers’ letter.

AllSides consciously covers perspectives other than our own, and we have developed systems and technologies to ensure we do that. That includes voices from those who disagree with or criticize Weiss and those who signed the Harper's letter.

We agree with the principles of free speech and open inquiry, and abide by them to the best of our ability — it is not only in the DNA of our organization, it is our underlying purpose. We also believe that society overall, as well as the lives of individuals across the nation — including and especially those that are disadvantaged in one way or the other — would greatly benefit if these principles were adopted much more broadly.

Empathy and understanding across divides, which leads to critical thought and discourse, is how free people tackle problems, find the truth, and build a more perfect union. It is often not pretty or comfortable, but it is vital and effective. History has revealed it as the best way to improve people’s lives year after year, generation after generation.

And as Weiss notes, many Americans agree.

“As places like the Times and other once-great journalistic institutions betray their standards and lose sight of their principles, Americans still hunger for news that is accurate, opinions that are vital, and debate that is sincere,” she writes — a statement 58% of Americans say they agree with.

AllSides sees this hunger every day, especially as our traffic continues to explode. We’ve grown tenfold in traffic since last year, and there are plenty of other signs Americans want diverse perspectives and balanced news, too.

Sixty-three percent of Americans say they believe most major news organizations in this country have a political agenda. And in 2018, 78% told Pew Research they prefer news from a source that doesn't have a particular partisan slant. This was a dramatic increase from a 2012 survey that found 64% prefer news without a particular point of view. In addition, 75% say it is never acceptable for a news organization to favor one political party when reporting the news.

These numbers and Weiss’ accusations underscore the urgency and importance of what AllSides does — making media bias transparent and giving you balanced news across the political spectrum, so you can get a variety of views, think for yourself, find the truth, and appreciate others — even when you disagree.

Legacy media outlets will continue to face accusations of bias, and polarization will continue to harm America. But there are plenty of signs Americans want to turn the tide toward unbiased news and consideration of diverse perspectives. While the cultural battle rages on, we’re here to provide balanced relief.