April's unemployment rate was 3.6%, the same as March. The U.S. economy has now added 400,000 or more jobs in 12 straight months; economists surveyed by news sources on all sides expected roughly 390,000 new jobs in April. The labor force participation rate fell 0.2 percentage points in April to 62.2%, matching the lowest level recorded in 2022. Wages rose 0.3 percentage points on average from March and 5.5% for the year ended in April.

The biggest job gains by industry were in the leisure and hospitality industry (78,000), manufacturing (55,000), and transportation and warehousing (52,000). The nation has recovered 20.8 million of the 22 million jobs lost early in the COVID-19 pandemic, and is now 1.2 million jobs short of its pre-pandemic level.

The jobs data was covered prominently by news sources across the political spectrum. Both left-rated and right-rated sources tended to frame the data as a good sign for the labor market. Some coverage from the right highlighted other ongoing economic concerns, such as high inflation and the smaller U.S. workforce. 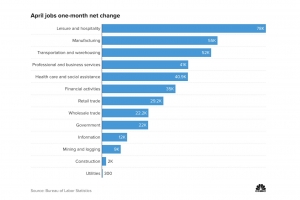 Strong hiring in the manufacturing, transportation and warehousing and health-care sectors during April helped the U.S. economy notch its 12th straight month of job gains of 400,000 or more.

Manufacturing, the industry that saw the largest one-month pop in job gains, added 55,000 jobs during the first month of the second calendar quarter.

Read full story
Some content from this outlet may be limited or behind a paywall.
See full media bias rating for CNBC
From the Right
302
Economy and Jobs
US economy sees healthy job growth in April as payrolls jump by 428,000
Fox Business 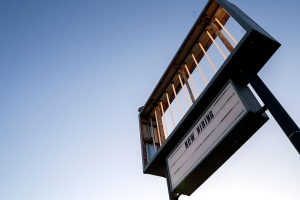 The U.S. economy saw solid job growth in April, suggesting the labor market is still strong despite headwinds from rising interest rates, soaring inflation, a worsening labor shortage and fears of a slowdown.

Job gains were broad-based, with the biggest increases in the... 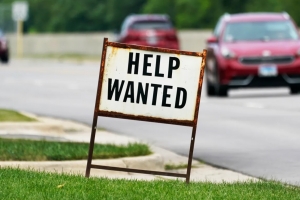 Employers added 428,000 jobs in April, extending a streak of booming payroll gains despite a recent uptick in COVID-19 cases, persistent worker shortages and the war in Ukraine.

The unemployment rate was unchanged at 3.6%, the Labor Department said Friday.

Economists surveyed by Bloomberg had estimated that 390,000 jobs were added last month.

The nation has recouped 20.8 million, or 95%, of the 22 million jobs lost early in the health crisis, leaving it 1.2 million jobs short of its pre-pandemic level. The deficit could be closed by summer.

Job growth averaged more than half a...

Read full story
Some content from this outlet may be limited or behind a paywall.
See full media bias rating for USA TODAY
More Stories »
Economy And Jobs, Unemployment, Inflation, Labor
Go ad-free! Support AllSides.
About these ads
AllSides partners with Citizen Connect to help people connect across divides.