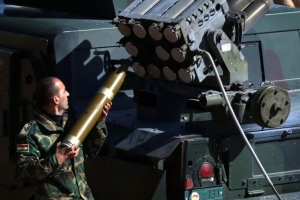 Plumes of smoke blackened the sky above Sinjar as Kurdish forces, backed by intense coalition air support, tried Thursday to take back the northern Iraqi town from ISIS. 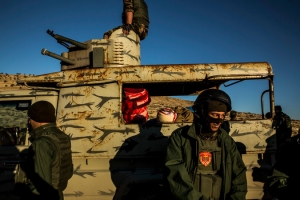 Kurdish forces aided by thousands of lightly armed Yazidi fighters captured a strategic highway on Thursday in northern Iraq in the early stages of an offensive to reclaim the town of Sinjar from the Islamic State, which seized it last year and murdered, raped and enslaved thousands of Yazidis.

Read full story
Some content from this outlet may be limited or behind a paywall.
See full media bias rating for New York Times (News)
From the Right
312
Middle East
Iraqi Kurds reach Sinjar road, cutting IS supply line
Townhall 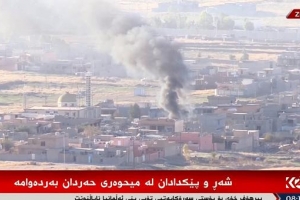 Kurdish Iraqi fighters, backed by U.S.-led airstrikes, launched a major assault Thursday aiming to retake the strategic town of Sinjar, which the Islamic State group overran last year in an onslaught that caused the flight of tens of thousands of Yazidis and first prompted the United States to launch the air campaign against the militants.

Read full story
Some content from this outlet may be limited or behind a paywall.
See full media bias rating for Townhall
More Stories »
Middle East
Go ad-free! Support AllSides.
About these ads