Florida Gov. Ron DeSantis signed a bill Friday that would eliminate a private government district controlled by the Walt Disney Company by June 2023.

The Reedy Creek Improvement District was established in 1967 to allow Disney greater autonomy in building Walt Disney World, which would eventually become the largest single-site employer in the country. The loss of the special district could have significant tax implications for both Disney and nearby Florida residents.

The bill was widely seen as retaliation for Disney’s stated opposition to the Parental Rights in Education law, called the “Don’t Say Gay” law by opponents. While Disney was initially reluctant to take a stand on the controversial legislation, the entertainment giant eventually said its “goal as a company is for this law to be repealed by the legislature or struck down in the courts.” DeSantis signed two other bills on Friday: one subjecting Disney to a Florida law that allows people to sue tech companies for alleged censorship, and another — the “Stop WOKE Act” — which places limits on how schools and private businesses can discuss race, sex and nationality.

Coverage was widespread across the spectrum on Friday. Some coverage from left-rated outlets like NPR (Lean Left bias) said the bill could “hurt taxpayers” in Florida. Some coverage in right rated outlets appeared to frame the bill favorably; a New York Post (Lean Right bias) homepage tagline said, “Disney's done.” 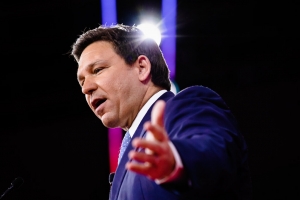 Gov. Ron DeSantis on Friday revoked Disney’s special tax privileges in Florida, culminating an extraordinary clash between one of the Republican Party’s leading figures and a powerful company with deep historical ties in his state.

The move, which reverses a 55-year arrangement allowing the company to self-govern its theme park complex, came after a weekslong battle with Disney that became a symbol of the country’s broader cultural fights over education, sexuality and identity. 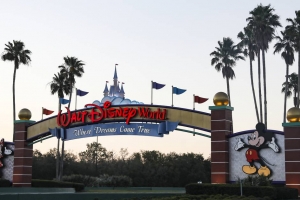 Despite warnings from Orange County leaders and other experts that dissolving the 55-year-old district would cause financial chaos, raise local taxes and affect services, DeSantis insisted that “we’re going to take care of all that.” 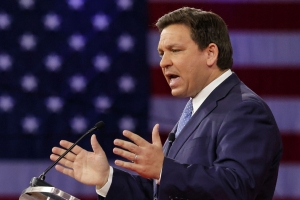 Florida Gov. Ron DeSantis signed a measure into law on Friday evening that dissolves Walt Disney World’s special governing power in the state after the company announced public opposition to a new parental rights law in the state.

At the bill signing ceremony, DeSantis said Disney lied about the content of the state's new "Parental Rights in Education" law, and he viewed the company’s vow to fight it as unacceptable.