Taliban Frees US Contractor in Exchange for Drug Trafficker

An American contractor held captive in Afghanistan for over two years has been released in exchange for a convicted drug lord jailed in the United States.

The White House said Monday that U.S. contractor Mark Frerichs had been freed and returned to the U.S. in exchange for Bashir Noorzai, who had been imprisoned in the U.S. since 2005 and has ties to the Taliban. Frerichs was working as an engineer in Afghanistan when he was abducted by a Taliban-linked terrorist network in 2020. Noorzai was convicted of smuggling more than $50 million worth of heroin into the U.S. and Europe, and had served 17 years until his release.

The move marks a rare agreement between the U.S. and the Taliban regime in Afghanistan since the militant group took power a little more than a year ago. In April, the U.S. negotiated with Russia to free former U.S. Marine Trevor Reed, and talks between the U.S. and Russia continue regarding athlete Brittney Griner and former Marine Paul Whelan, who remain jailed in Russia.

The news was covered by sources across the political spectrum. Many highlighted Noorzai's crimes and connection to the Taliban. 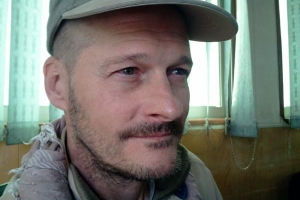 The Taliban released Navy veteran Mark Frerichs in a prisoner exchange for an Afghan tribal leader with ties to the Taliban on Monday, ending Frerichs's captivity after two years.

The exchange occurred at Kabul airport, where Frerichs was swapped for Bashir Noorzai, the Afghan leader who had been imprisoned in the United States for allegedly smuggling more than $50 million worth of heroin into the U.S. and Europe.

“The Islamic Emirate of Afghanistan is ready to solve problems by negotiation with all including the United States,” acting Taliban Foreign Minister Amir Khan Muttaqi said at... 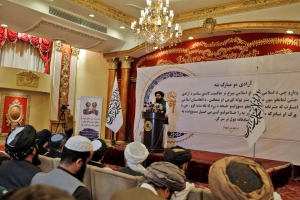 Afghanistan's Taliban on Monday freed American engineer Mark Frerichs in exchange for Taliban-linked Afghan tribal leader Bashir Noorzai, after President Joe Biden granted clemency to the convicted drug smuggler who had been detained by the United States since 2005, officials said.

Frerichs, an engineer abducted in 2020 while working in Afghanistan, was exchanged at Kabul airport for Noorzai, acting foreign minister Amir Khan Muttaqi told a news conference.

Biden said Frerichs' release was the culmination of work by U.S. officials and other governments. His administration has been under pressure from... 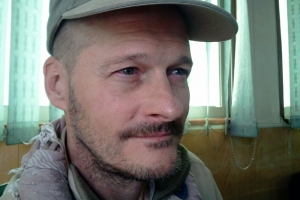 An American contractor held hostage in Afghanistan for more than two years has been released in exchange for a convicted Taliban drug lord jailed in the United States, the White House said Monday, announcing a rare success in U.S.-Taliban talks since the militant group took power a little more than a year ago

Mark Frerichs, a Navy veteran who had spent more than a decade in Afghanistan as a civilian contractor, was abducted in January 2020 and is believed to have been held since then by the Taliban-linked Haqqani network. He was traded for...