Banking And Finance, British Pound, US Dollar
Save for Later
From The Center 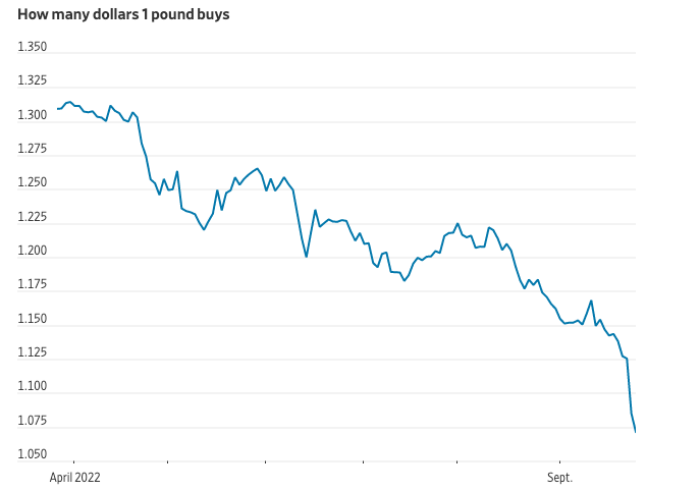 The British pound hit its lowest-ever level against the U.S. dollar Monday, dropping heavily after the U.K. government announced a series of tax cuts on Friday, before later paring losses.

The currency touched $1.0349 during Asian trading hours Monday, breaking through its previous record low in 1985. The pound was recently trading at $1.0776.

The currency sold off dramatically after U.K. Chancellor of the Exchequer Kwasi Kwarteng unveiled a massive tax-cutting package Friday, which will be paired with subsidies for households and businesses.

Read full story
Some content from this outlet may be limited or behind a paywall.
Banking And Finance, British Pound, US Dollar

RED BLUE TRANSLATOR
What Great Depression (The) means to Liberals & Conservatives
News and Information about Banking and Finance
Go ad-free! Support AllSides.
About these ads
https://www.wsj.com/livecoverage/stock-market-news-today-09-26-2022/card/british-pound-hits-record-low-against-dollar-0pg0WCi1CfllbNlnn9ra