Chicago task force recommends removal of monuments, including Christopher Columbus statues, and the addition of others. Now what?

Politics, Local Governments, Chicago, Statues, Columbus Day, Race And Racism
Save for Later
From The Center 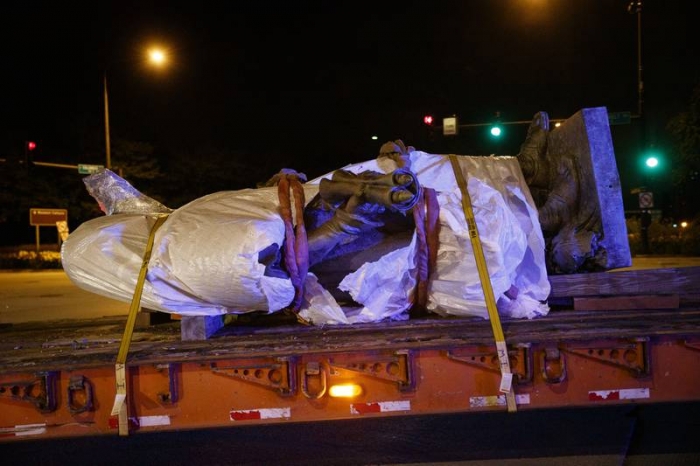 Two years ago, as the city of Chicago reeled from a bloody battle between police officers and protesters over a prominent statue of Christopher Columbus, Mayor Lori Lightfoot launched an ambitious review of public monuments she said would be “a racial healing and historical reckoning project.”

This week, the Chicago Monuments Project finally released its long-delayed report recommending a series of new public memorials across the city and the removal of several statues that the commission flagged for honoring white supremacy or disrespecting Indigenous peoples.

Read full story
Some content from this outlet may be limited or behind a paywall.
Politics, Local Governments, Chicago, Statues, Columbus Day, Race And Racism