Economy And Jobs, Coronavirus Stimulus, Economic Policy, Inflation, Janet Yellen, US Treasury
Save for Later
From The Right 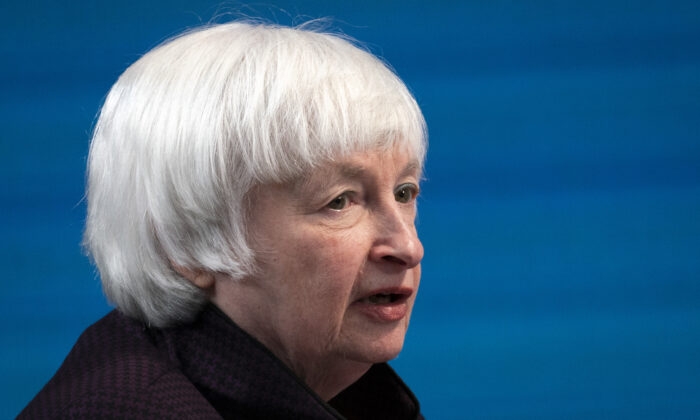 Speaking in an interview with Matt Murray, editor-in-chief of The Wall Street Journal, the former head of the Federal Reserve admitted that the White House’s enormous spending had played a role in today’s inflationary environment, adding that it was “justified” due to the various economic risks.

“So, look, inflation is a matter of demand and supply, and the spending that was undertaken in the American Rescue Plan did feed demand,” she said.

She added that today’s...

Read full story
Some content from this outlet may be limited or behind a paywall.
Economy And Jobs, Coronavirus Stimulus, Economic Policy, Inflation, Janet Yellen, US Treasury

AllSides Media Bias Rating: Lean Right
You agree.
Thank you! Community votes alone don't determine our ratings, but are valuable feedback and can prompt us to do more research.
106312/83987