Workers Are Dying Because Amazon Treats Human Beings as Disposable

Economy and Jobs, Amazon, Safety
Save for Later
From The Left 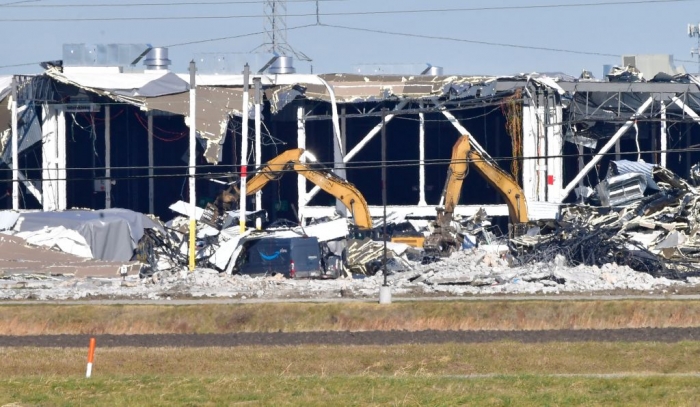 On December 10, a tornado touched down in Edwardsville, Illinois. At the time, De’Andre Morrow, a twenty-eight-year-old from St. Louis, was working his shift at an Amazon delivery warehouse. De’Andre had been saving up money to take a trip with his girlfriend. He told his father he was planning on proposing during that trip to Thailand.

De’Andre Morrow was one of six Amazon workers killed at the Edwardsville, Illinois, warehouse. When the tornado struck, there were forty-six workers trapped in the building, but only one designated safe room. The safe room was located at the northern edge of the 1.1-million-square-foot facility. Some accounts have the tornado touching down at 8:28 p.m. and the Amazon warehouse collapsing at 8:33 p.m. All six workers who died that night were unable to reach this segmented safe area.

Morrow and his coworkers died during a natural disaster. But it would be a mistake to view their deaths as accidental or as isolated tragedies. These workers were killed because Amazon has an ongoing policy of threatening people’s jobs and coercing employees to continue working through dangerous situations, whether it’s a tornado, a pandemic, or just the daily grind of “making rate” during a ten-hour shift.

While Amazon has kept the national scope of worker deaths under lock and key, Cori Bush, Alexandria Ocasio-Cortez, and Elizabeth Warren are now demanding a ten-year list of all on-site deaths with an explanation. Amazon has ignored previous requests of this type in the past. What we do know is that serious worker injuries at Amazon are increasing year after year, despite the company’s chronic underreporting, and they are already 80 percent higher than industry averages.

Read full story
Some content from this outlet may be limited or behind a paywall.
Economy and Jobs, Amazon, Safety