Evictions on the rise months after federal moratorium ends

Housing And Homelessness, Eviction Moratorium
Save for Later
From The Center 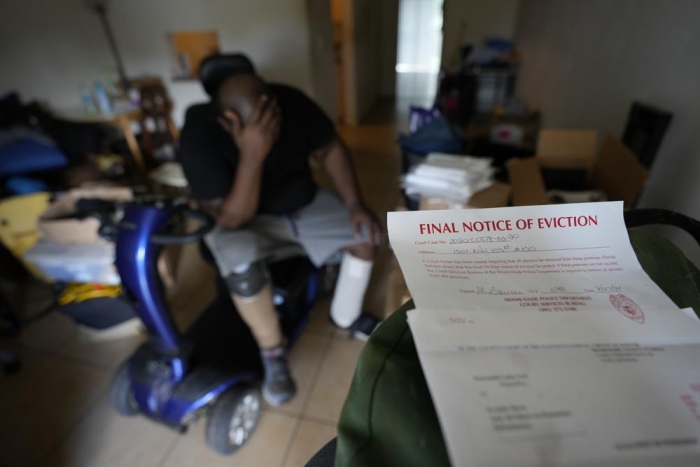 Soon after losing his trucking job amid the pandemic, Freddie Davis got another blow: His landlord in Miami was almost doubling the rent on his Miami apartment.

Davis girded for what he feared would come next. In September he was evicted — just over a month after a federal eviction moratorium ended. He’s now languishing in a hotel, aided by a nonprofit that helps homeless people.

The 51-year-old desperately wants to find a new apartment. But it’s proving impossible on his $1,000-a-month disability check.