Middle East, Afghanistan, Politics
Save for Later
From The Right 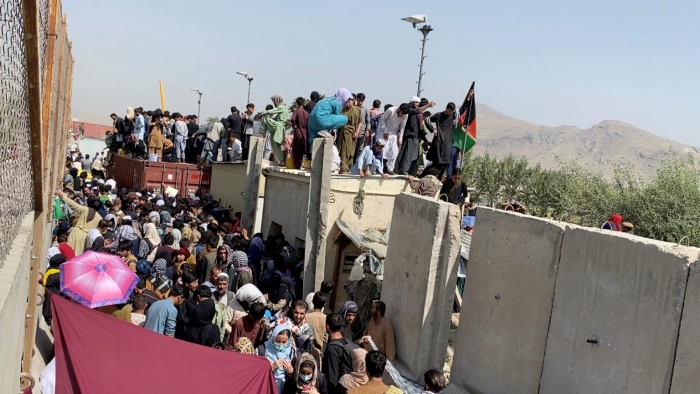 Crowds outside the Kabul airport in Aug. 2020 / Reuters

A coalition of Republican foreign policy leaders in Congress is demanding that senior Biden administration officials appear on Capitol Hill to be questioned about the bungled U.S. exit from Afghanistan, which cost American lives and left hundreds of Americans stranded in the Taliban-controlled country.

Rep. Michael McCaul (Texas), the ranking member of the House Foreign Affairs Committee, and 22 colleagues wrote on Monday to the State Department, asking that 34 senior officials appear before the committee for transcribed interviews about exactly what happened in the days leading up to the U.S. withdrawal and evacuation effort that left 13 Americans dead and hundreds stranded behind Taliban lines.

More than two months since the U.S. withdrawal, the Biden administration has not provided lawmakers with a litany of internal documents and communications that provide a behind-the-scenes account of what occurred. Briefings by State Department officials, the lawmakers say, "have been cursory exercises that mystify as much as they illuminate, with relevant actors often declining to answer questions directly."