World, Terrorism
Save for Later
From The Center 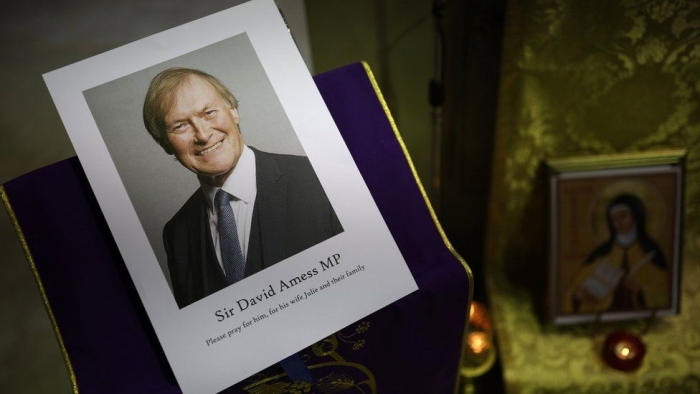 Conservative MP Sir David Amess has died after being stabbed multiple times at his constituency surgery in Essex.

Police said a 25-year-old man was arrested on suspicion of murder after the attack at a church in Leigh-on-Sea.

They recovered a knife and are not looking for anyone else in connection with the incident. A counter terrorism team will lead the investigation.

Boris Johnson has spoken of his shock and sadness at the loss of "one of the kindest" people in politics.

The World Has No Answer for Migration
Foreign Policy

Omicron: Why Did WHO Skip Over Two Letters in Greek Alphabet to Name Latest Variant?
Slate

News
Over Two-Thirds of South Koreans Back U.S. Alliance, Up From Less Than Half Under Trump
Newsweek

News
Colombia's most wanted drug lord is captured in jungle hideout: Kingpin 'Otoniel' is arrested after raid by more than 500 special forces troops 'in biggest blow to cocaine trafficking since fall of Escobar'
Daily Mail

News
The I.M.F. warns of inflation and a slowing recovery as it lowers its forecast.
New York Times (News)

Opinion
‘Naively ambitious’: How COVAX failed on its promise to vaccinate the world
STAT