Graham tells Biden ‘get on the phone’ to Schumer, postpone infrastructure test vote

US Senate, Infrastructure
Save for Later
From The Right 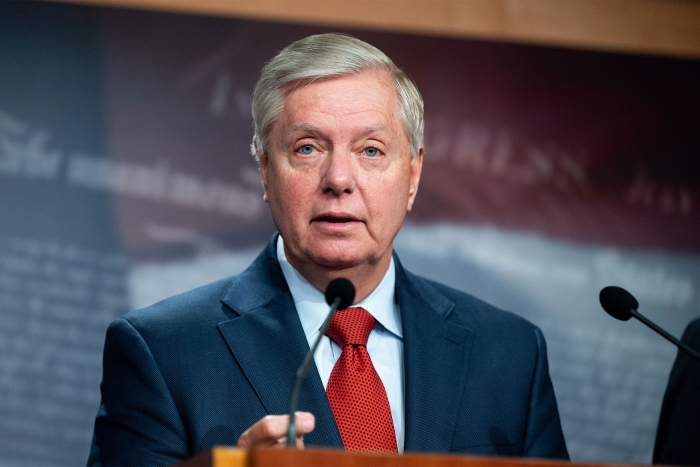 Sen. Lindsey Graham accused Senate Majority Leader Chuck Schumer on Monday of trying to thwart ongoing negotiations over a bipartisan infrastructure bill by scheduling an initial test vote before the measure’s text has been finalized.

“We’re not going to proceed to a bill that’s not written, because that makes no sense,” Graham (R-SC) told Fox News’ “The Ingraham Angle.”

Go ad-free! Support AllSides.
About these ads
https://nypost.com/2021/07/20/graham-tells-biden-get-on-the-phone-to-schumer-postpone-infrastructure-test-vote/
More news about US Senate