Technology, Google, Apple, Big Tech
Save for Later
Add to My Front Page
From The Center 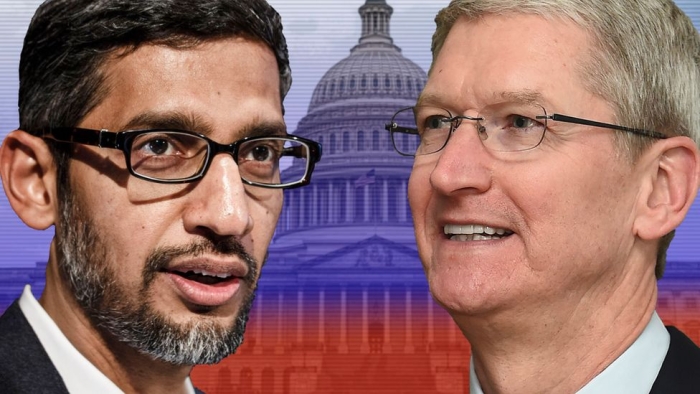 Senators have grilled Apple and Google in Washington over "anti-competitive" behaviour related to their app stores.

Both Apple and Google's app stores charge fees of up to 30% for in-app purchases.

The two companies said the fees were justified to provide security for users.

Bill and Melinda Gates, the leaders of the world’s most venerated and powerful philanthropy, said on Monday that they were getting a divorce — an earthquake...

Facebook and Trump are at a turning point in their long, tortured relationship

Facebook’s Oversight Board is expected to announce a decision Wednesday on whether to reinstate the former president’s account On Jan. 6, as an angry mob...

Bill and Melinda Gates are getting divorced, future of foundation in question

Bill and Melinda Gates announced on Monday they were ending their 27-year marriage. “After a great deal of thought and a lot of work on our relationship, we...

Why you should care about the semiconductor chip crisis
OPINION

Are you worried about your chip supply? Not potato chips. Not poker chips. And not wood chips. I am talking about the shortage of semiconductor chips, which...

Hawley: The Left Loves ‘the Power over Speech’ Big Tech Has

Facebook is the least trusted institution among young Americans, according to a poll released over the weekend by Harvard’s Institute of Politics. Only 19%...