Economic Policy, Republican Party, Economy and Jobs
Save for Later
Add to My Front Page
From The Right 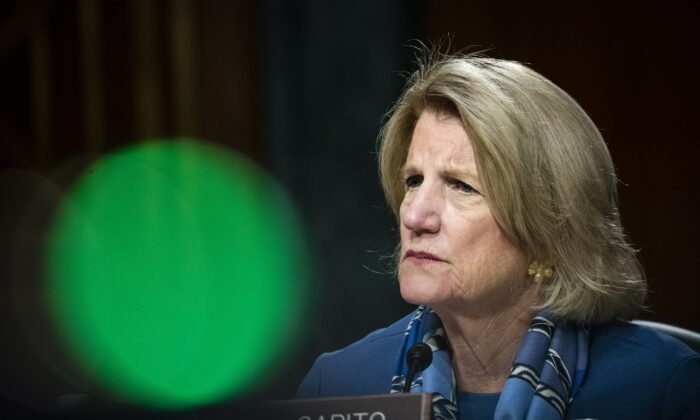 A group of Senate Republicans led by Sen. Shelley Moore Capito (R-W.Va.) unveiled a $568 billion infrastructure counterproposal to President Joe Biden’s sweeping $2.3 trillion American Jobs Plan, which the GOP has panned for going far beyond the traditional concept of “infrastructure.”

Republicans announced their proposal at a press conference on Capitol Hill on April 22, with Capito opening the presser by noting longstanding bipartisan calls to fix the nation’s aging infrastructure, adding that the GOP defines the concept more narrowly, as “core infrastructure, physical infrastructure.”

Read full story
Some content from this outlet may be limited or behind a paywall.
Economic Policy, Republican Party, Economy and Jobs

President Joe Biden called the newly launched Restaurant Revitalization Fund "badly needed" Wednesday as he continues to tout the implementation of the...

Treasury Secretary Janet Yellen has tapped Federal Reserve official Michael Hsu to serve temporarily as one of the nation’s top bank cops, according to two...

President Joe Biden wants to pay for much of his American Jobs Plan — a $2.65 trillion proposal to fund infrastructure, research and development, and other...

The U.S. Treasury said on Monday it plans to borrow $463 billion in the second quarter, more than the February estimate of $95 billion, as it increases...

President Joe Biden on Monday called on wealthy Americans and corporations to pay their "fair share" to fund free community college and other benefits for...

President Joe Biden has proposed raising taxes on corporations and wealthy Americans to help pay for a series of new initiatives, ensuring that the issue of...

The White House on Tuesday defended Treasury Secretary Janet Yellen after she said interest rates might eventually have to rise to keep the U.S. economy from...

Stephen Collinson is well-known among conservatives as the most hackneyed of the hacks at CNN. The CNN Politics Twitter account promoted his latest online...