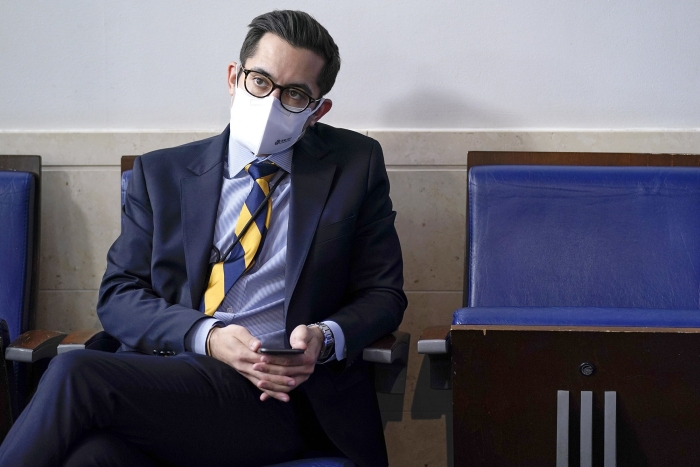 White House spokesman TJ Ducklo has been suspended without pay for threatening to “destroy” a Politico journalist for reporting about his relationship.

White House press secretary Jen Psaki announced the one-week suspension on Friday, saying Ducklo has apologized to the reporter, Tara Palmeri, and “is the first to acknowledge this is not the standard of behavior set out by the President.”

“In addition to his initial apology, he has sent the reporter a personal note expressing his profound regret,” Psaki tweeted.