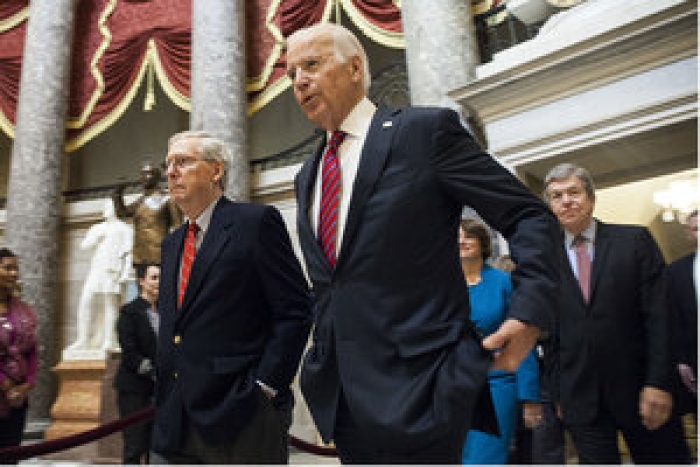 It’s one of President-elect Joe Biden’s favorite anecdotes about his formative years in the Senate.

“I can’t believe anyone could be so heartless, and care so little about people with disabilities,” Senator Biden told Democratic majority leader Mike Mansfield at the time. “It makes me angry.”

NEWS
The lost art of being reasonable
The Week - Opinion

After years of shrugging off Trump’s lack of interest in working with Democrats, the press suddenly...
OPINION

“I actually don't necessarily think that he has to reach out to the people that didn't vote for him,” said CNN chief political correspondent Dana Bash in...

Throughout his candidacy and into his presidency, Joe Biden pledged to seek national unity, a call heard in many democracies. He even tried to fend off doubts...

What Americans Think About The GameStop Investors

America loves a good underdog story — and that’s exactly what it got in late January, when a plucky band of netizens on Reddit’s r/wallstreetbets message board...

What Bruce Springsteen's Super Bowl ad gets right about reuniting Americans in 'the...
OPINION

There’s a lot of talk about “the middle” these days, about finding agreement with our political opposites. It’s a noble idea, but what does it really look like...

Sen. Mitt Romney is praising Capitol Police Officer Eugene Goodman for directing him to safety during the Capitol riot after video of their encounter emerged...

Across a great spectrum of issues, from trade to military policy to entitlements, the policy preferences of the populist Right broadly overlap with those of...

On Tuesday, six days into the Biden administration, it became clear why Susan Rice, hitherto a foreign policy specialist, was named director of the Domestic...