Capital Punishment and Death Penalty, Democratic Party, US Congress
Save for Later
From The Center 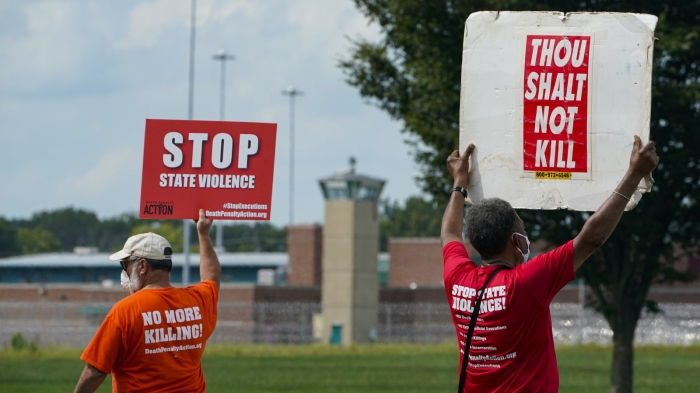 Illinois Senator Dick Durbin, the incoming Democratic chair of the Senate Judiciary Committee, and Rep. Ayanna Pressley, D-Mass., are unveiling legislation that would seek to end federal capital punishment, putting focus on the issue as their party prepares to take over complete control of Congress, along with the White House.

The Democratic proposal, shared first with NPR, comes as the party will have unified control of Congress after victories in two Georgia Senate races, a change in fortunes for Democratic legislative priorities. The legislation would end capital punishment at the federal level and require the re-sentencing of all federal inmates currently on death row.

"There are three lives that hang in the balance this week alone," said Pressley, speaking along with Durbin in an exclusive joint interview. "And this is why we reintroduced this bill this week and are urging Congress to act immediately to pass it. State sanctioned murder is not justice."