What Joe Biden Means For Your Student Loans 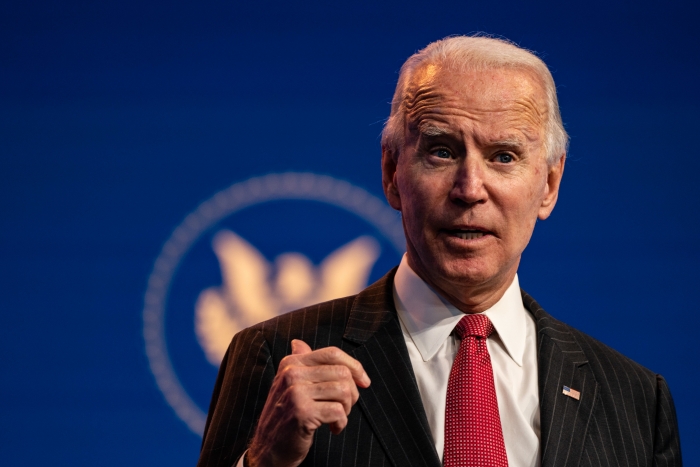 It was once an idea so far on the fringe that no major politician endorsed it. Then it was the pipe dream of far-left progressives. Now a push for President-elect Joe Biden’s administration to single-handedly cancel billions of dollars in student debt has taken hold in increasingly large segments of the Democratic Party, raising a real possibility, for the first time, that broad swaths of Americans may see some of their student loan debt wiped away.

Is it safe to send your kids to school?
ANALYSIS

Ten months into the pandemic, the prospect of reopening K-12 schools is divisive. Yet unlike wearing a mask to stop the spread of the virus — a politicized act...

SINCE THE BEGINNING of the pandemic, one of the most contentious questions has been under what conditions it might be safe to reopen schools. Families are...

Dozens of West Point cadets have been accused of cheating on a math exam in a scandal that officials on Monday said could be the largest violation of the...

President-elect Joe Biden is set to nominate the commissioner of public schools in Connecticut as his education secretary, settling on a low-profile candidate...

What do an aeronautical engineer, a psychiatrist and a lawyer all have in common? The obvious answers are advanced degrees and exorbitant student loans, but at...

Where Teachers Are Eligible for the COVID-19 Vaccine
ANALYSIS

Coronavirus vaccines are now rolling out across the country, and health-care workers and older people have been among the first to get their shots. Teachers...

Joe Biden is calling on Congress to cancel $10,000 of student loans immediately. Here’s what you need to know. Student Loans: Biden is following through...

What we know about the spread of Covid among children — and whether shutting schools reduces the...
ANALYSIS

The science around the link between children and the spread of the coronavirus is still evolving, but a growing body of evidence suggests that kids attending...

Secretary of Education Betsy DeVos in a letter to President Trump on Thursday said that she is resigning effective Jan. 8. In the letter DeVos cited the...

A new peer-reviewed study from the American Academy of Pediatrics found that in-school transmission of COVID-19 is "extremely rare." In a collaborative...

A critically acclaimed young adult author has been “canceled” and dropped by her agent after vociferously defending classic books in a Twitter-fueled rage....