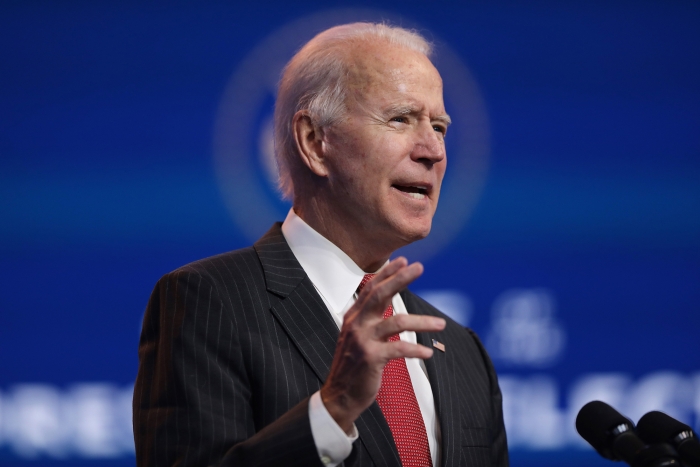 Joe Biden on Monday had his first conversations as president-elect with an Arab leader and with NATO’s secretary-general.

Biden, who will take office Jan. 20, spoke with King Abdullah II of Jordan, tweeted journalist Barak Ravid of Walla News. The Biden campaign did not immediately release a readout of the call.

What Latinos want to hear from Biden
OPINION

The installation of Joe Biden as the 46th President of the United States was a welcome relief from four years of Donald Trump's constant demonization of...

Hours before President Biden took the oath of office, he entered the front pew of the Cathedral of St. Matthew the Apostle, the seat of Catholic Washington,...

A China With More Clout Awaits Biden at the WTO

President Biden has said he plans to work with allies to keep pressure on China, but at the World Trade Organization the U.S. will be facing a rival in Beijing...

Cities from Chicago to Billings, Montana are hoping “Amtrak Joe” will help fund a new rail service to replace the passenger train service that was scrapped...

Sen. Chuck Grassley (R-IA) is prodding President Joe Biden to speak out and condemn the recent wave of protests and violence that has erupted in Portland,...