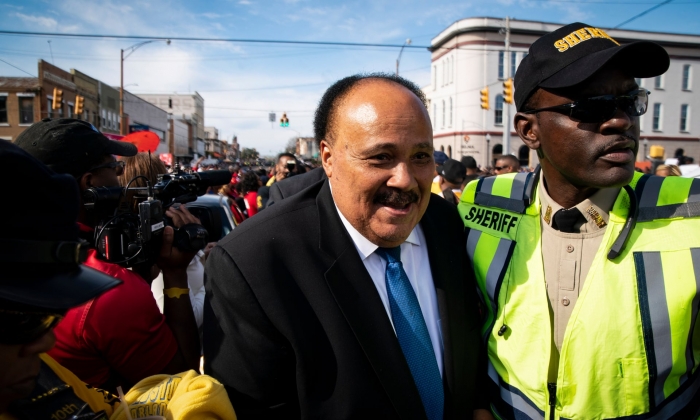 The son of Martin Luther King has joined a growing list of activists and celebrities calling on Alabama’s governor to stop the planned execution of an inmate over the killings of three police officers.

Nathaniel Woods was convicted of capital murder in 2004 and is scheduled to die by lethal injection on Thursday night.

Martin Luther King III, an activist and the son of the civil rights leader, has sent Alabama governor Kay Ivey a letter “pleading with [her] not to execute” Woods.