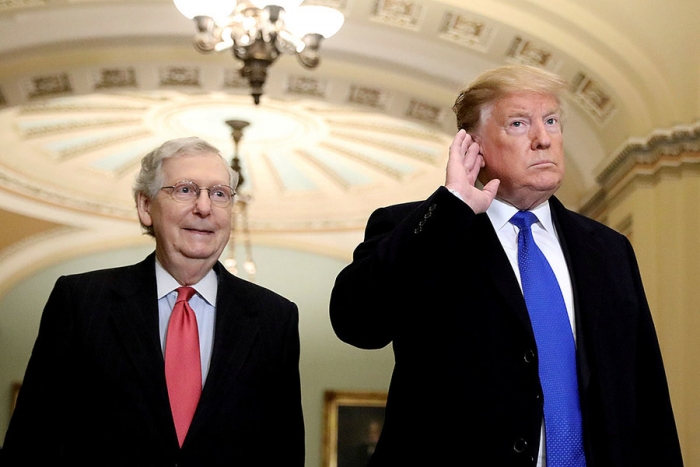 Stark differences in personality and style belie a shared focus on winning that has bolstered the president’s relationship with the Senate majority leader, now facing a critical test in the impeachment trial.

They are perhaps the ultimate Washington odd couple.

One is a charismatic showman who operates on gut and instinct. The other is low on charisma and shrewdly calculating. One is a political outsider who has remade the Republican Party in his own populist image. The other embodies the GOP establishment.

Yet despite some high-profile clashes – punctuated...

NEWS
Monday Was A Big Day For Democrats, But You Probably Missed It
The Federalist

Monday Was A Big Day For Democrats, But You Probably Missed It
ANALYSIS

Monday was the first day of the Democratic National Convention. You might be forgiven for not knowing that, as the news was nowhere. Not in the papers, not on...