Why Is The Census Bureau Still Asking A Citizenship Question On Forms?

US Census, citizenship question, Treasury
Save for Later
From The Center 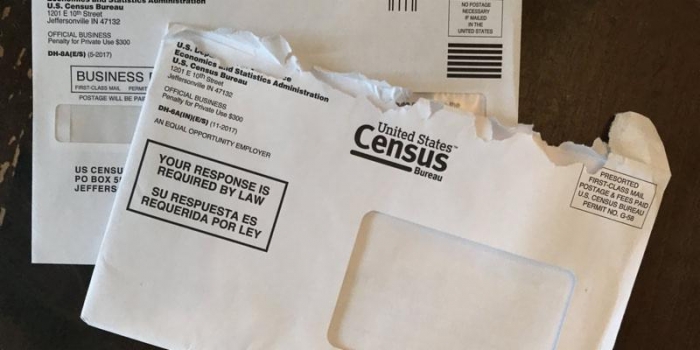 You won't see a citizenship question on the 2020 census. After a more than year-long legal fight, three federal judges are making sure of that by permanently blocking the Trump administration from using next year's head count to ask about the U.S. citizenship status of every person living in every household in the country.

But the Census Bureau, which conducts more than 100 surveys for the federal government, is continuing to ask about citizenship on other forms, which have sparked plenty of confusion around the country.

Unlike the census, these surveys collect responses from only a sample of households, and their results produce anonymized citizenship data that the government has relied on for years to, for example, protect the voting rights of racial minorities. Controversy over the question the Trump administration failed to add to the 2020 census, however, has drawn extra attention to these other citizenship questions.

Here's a short guide to some of the Census Bureau surveys that currently include a citizenship question.

NEWS
Yellen: US Will Be Out Of Money In October If Congress Doesn’t Raise Debt Ceiling
The Daily Caller

More News about Treasury from the Left, Center and Right

News
Treasury: Only 6.5 Percent of $46B Rental Relief Has Been Used
Newsmax (News)

News
IRS Leak
The Flip Side

News
U.S. proposes global minimum corporate tax rate of 15%, with an eye on something even higher
CNBC

News
2020 Census Results
The Flip Side

News
Who is Janet Yellen, Biden’s pioneering pick to lead the Treasury amidst a deep crisis?
Washington Post

News
This Treasury Official Is Running the Bailout. It’s Been Great for His Family.
ProPublica

News
Trump’s Name Will Be Emblazoned on Stimulus Checks, Which Will Likely Delay Them
Daily Beast

News
The IRS Is Coming for Your Passports
National Review

News
Who Will Hold the IRS Accountable?
The American Spectator

News
Negligence: IRS Was Warned About Potential Hacking of Sensitive Taxpayer Information, Did Practically Nothing
Townhall