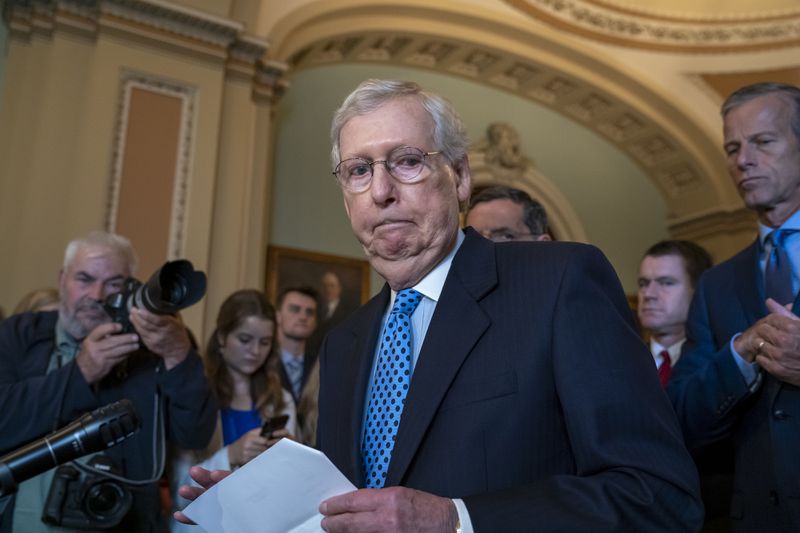 (CNN) - If you've heard of "40 acres and a mule," then you know that the concept of America paying reparations for the enslavement of black people is by no means a new idea.

The concept has been discussed since 1865 when the promise to repay -- I use that term loosely -- former slaves was made by Union Gen. William T. Sherman and then backed by President Abraham Lincoln and Congress.
As we know, the promise would be broken (when President Andrew Johnson withdrew the offer).

More news about US Congress
https://www.cnn.com/2019/06/19/opinions/slavery-reparations-hr40-mitch-mcconnell-love/index.html

'We've Upped the Ante.' Why Nancy Pelosi Is Going All in Against Trump

Nancy Pelosi isn’t wild about the question. The impeachment of President Donald Trump is under way, and I’ve asked the Speaker of the House if she thinks it’s...

Pelosi under pressure from Democrats to deliver impeachment charges to Senate

House Speaker Nancy Pelosi on Thursday faced new pressure from Democrats to deliver the House impeachment articles to the Senate in order to begin President...

President Donald Trump’s decision to kill a top Iranian commander marks his most unabashed move yet to steamroll Congress on matters of war and peace. Yet...

Congress is raising the legal smoking age across the country next year, after the Senate passed a bill that included a prohibition on selling cigarettes,...

Democrats fight for Elijah Cummings’ legacy — and a seat in Congress

BALTIMORE — Two dozen Democrats are running for the nomination in Maryland’s 7th District, but no one looms larger over the race than the late Elijah Cummings...

Pelosi: House moving to send impeachment to Senate next week

Senate Democrats are growing impatient for the impeachment trial of President Donald Trump, as the impasse continues over sending the articles of impeachment...

Dark money for me, but not for thee? Socialist superstar Rep. Alexandria Ocasio-Cortez on Saturday began a fundraising push for her very own political...

'I wonder about Mitch McConnell': Pelosi accuses GOP leader of being 'accomplice...

House Speaker Nancy Pelosi said President Trump is "in complete denial" about Russia's attempts to meddle in the 2020 election and accused Senate Majority...

Rep. Chip Roy made a video making fun of House Speaker Nancy Pelosi for neglecting to turn over articles of impeachment against President Trump to the Senate...

'Get moving': Senate Democrats break with Pelosi on impeachment delay

Senate Democrats are breaking with their party leaders over House Speaker Nancy Pelosi’s decision to hold on to the articles of impeachment, saying it is time...

Congressional hearings were created to educate lawmakers so they have knowledge before they pass bills or impeach a president. Not today. Today, hardly any...