OPINION: Stop Listening to the Spymasters and Generals

FBI, CIA, Politics
Save for Later
From The Right 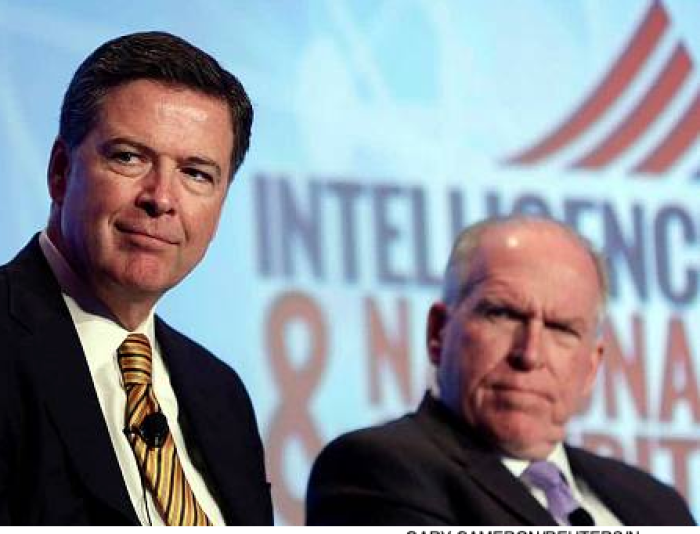 The Mueller report is a timely reminder not to take John Brennan and James Clapper seriously.

For weeks, former CIA Director John Brennan has hinted that he believed Special Counsel Robert Mueller's investigation would end with the indictment of President Trump or another member of the Trump family. He suggested as much during a recent appearance on MSNBC, in which host Lawrence O'Donnell desperately tried to convince his audience that Brennan knew something they didn't.

Now that Attorney General William Barr has received Mueller's report, and is not considering charges against the Trump family, Brennan is singing a different tune.

"I don't know if I received bad information, but I think I suspected there was more than there actually was," he admitted on MSNBC's "Morning Joe" program Monday morning.

Former FBI Director James Comey appeared completely stumped, and tweeted a picture of himself staring at the water with the caption, "Geologic time offers useful perspective."

Former Director of National Intelligence James Clapper, who for weeks promoted the idea that Trump is an "unwitting asset" of Russian President Vladimir Putin, maintained that the cloud of suspicion had not been lifted—indeed, he said this even before the summary of the report had been released.

"I doubt that the Mueller report is going to explain the strange and disturbing deferential behavior of the president toward Vladimir Putin, his refusal to call out the Russians for their meddling in the election, to the extent I assert in my book, I think the Russians actually turned the election for Trump," Clapper told CNN.

Clapper, readers may recall, once lied under oath to Congress about the National Security Agency's warrantless electronic surveillance of U.S. citizens.

Read full story
Some content from this outlet may be limited or behind a paywall.
FBI, CIA, Politics