Georgia, Virginia and North Carolina are implementing emergency measures to quell potential gasoline shortages after a cyberattack prompted a major pipeline to shutdown over the weekend. The Colonial Pipeline announced Saturday that operations would temporarily shut down following the ransomware attack. The pipeline delivers roughly 45% of all of fuel consumed along the east coast, and reportedly hopes to resume service substantially by the end of this week. Meanwhile, between 3% and 9% of gas stations in the three aforementioned states, as well as Florida, South Carolina and Tennessee, were reportedly without gasoline as of midday Tuesday.

The news was covered on all sides. Some reports from left- and center-rated sources focused more on panic-buying as a potential irritant for the shortages. Right-rated outlets covered the news more prominently, often framing rising gas prices in the context of Biden's presidency and highlighting videos of apparent lines at gas stations across the southeastern U.S. Others on the right and elsewhere throughout the spectrum criticized a tweet from the New York Times (Lean Left bias) Monday morning saying "there have been no long lines" at gas stations; the Times' story has been updated with more context since Monday morning. 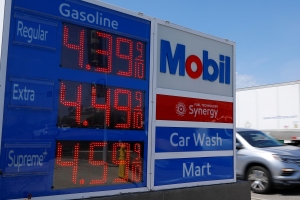 President Biden has overseen a steep increase in gas prices since taking the oath of office in January.

On January 21, an average gallon of regular gasoline cost $2.33, according to the U.S. Energy Information Administration (EIA). By the start of this week, that figure had risen to $2.96 and today, AAA pegged the average gallon at $2.99, the highest mark since November 2014.

While it’s true that prices had already been rising when Biden took office, they were doing so more slowly and at least in part in response...

Read full story
Some content from this outlet may be limited or behind a paywall.
See full media bias rating for National Review
From the Center
340
Energy
Southeast sees gas shortages amid pipeline shutdown
The Hill 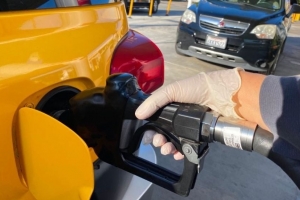 Parts of the Southeastern U.S. are seeing gasoline shortages following a cyberattack that shut down Colonial Pipeline.

Other states, like Florida and South Carolina, also saw some outages.

In an interview with The Hill on Monday, De Haan predicted that parts of the Southeast were likely to be at... 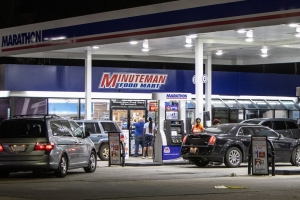 A growing number of gas stations along the East Coast are without fuel as nervous drivers aggressively fill up their tanks following a ransomware attack that shut down the Colonial Pipeline, a critical artery for gasoline. The panic-buying threatens to exacerbate the supply shock.

As of 4 pm ET Tuesday, 8.5% of gas stations in North Carolina and 7.7% in Virginia didn't have gasoline, according to outage figures reported by GasBuddy, an app that tracks fuel prices and demand. The Virginia figure was flat from 11 am ET, while North...

A northern California wildfire crossed into Nevada, prompting new evacuations, but better weather has been helping crews battling the nation’s...

Summertime temperatures rose into the high 90s last month across Texas. It wasn’t an unusual heat for Texas in mid-June, but it...

As the world's economy rebounds from the COVID-19 pandemic, demand for oil and gas is set to increase — and so is the emission of methane, a potent greenhouse...

Americans gobbled up fewer fossil fuels in 2020 than they have in three decades, according to the US Energy Information Administration (EIA)....

Over the past decade, Exxon Mobil Corp. ― once the chief funder of think tanks that sowed lies about how burning fossil fuels affects the planet’s temperature...

The dirtiest fossil fuel of all remains an ongoing problem. Environment ministers from the G20 nations met on July 23 in Italy, and although they don’t have a...

The planet’s demand for electricity is set for a strong rebound this year and next after dropping by approximately 1% in 2020, according to a new publication...

July fourth gasoline prices are expected to be the highest they’ve been for the holiday weekend in seven years, and they are forecast to rise even higher later...

Some 48 million Americans will travel on July 4 — but they’ll pay through the nose for rental cars...

Some 48 million Americans are hopping on trains, planes and automobiles over the July 4 weekend. Most, it seems, will be traveling by road. That’s a nearly...

Raids on aftermarket auto part vendors by the Environmental Protection Agency for evidence of emissions violations standards are harming the classic car...

U.S. oil prices hit multi-year highs Tuesday after the group of oil-producing nations known as OPEC+ failed to reach an agreement to boost output. The West...

While working to restore wildlife and plant habitats, a federally chartered conservation foundation pays lavish salaries to officers at the expense of...