Is ‘Quiet Quitting’ Real, or Did the Media Make It Up?

For weeks, writers across the news media have discussed “quiet quitting,” a purported trend of employees increasingly declining to go “above and beyond” at work, instead only fulfilling their job descriptions.

Despite the historical trend and the fact that Gallup didn’t directly ask respondents about “quiet quitting,” coverage in several outlets — including The Hill (Center bias), Axios (Center bias), The Daily Caller (Right bias) and Gallup itself — concluded that “half of U.S. workers say they are ‘quiet quitting.’” Some writers noted the trend’s precedent, while others took issue with the core concept of describing doing your job as “quitting.” Meanwhile, several writers discussed “quiet firing” and offered advice for managers.

Over half of U.S. workers may be ‘quiet quitting’—and it’s been that way for decades
Fortune 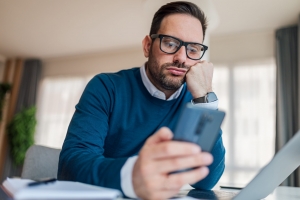 The idea of “quiet quitting” has taken social media by storm, as young workers on TikTok and other platforms argue that employees should only do what is required in their job description, and no more.

But a recent survey from Gallup suggests that the practice of quiet quitting is not just a social media fad. The survey firm found that around 50% of U.S. workers were “not engaged,” meaning they felt detached from work and were doing the bare minimum, similar to the idea of “quiet quitting.” Gallup interviewed more than 15,000... 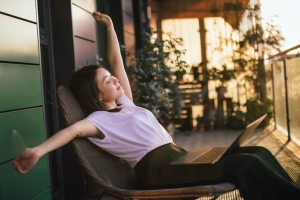 When Billy was working warehouse night shifts during the pandemic, he had a lot of free time. His responsibilities were straightforward, and basically just involved making sure everything was running as it should.

That's when the Ireland-based, 30-something decided to pivot from letting his mind be idle during work. Instead he turned to a list of books he wanted to read, but had never found the time — and started listening to audiobooks throughout the night.

Half Of Americans ‘Quiet Quitting,’ Poll Finds
The Daily Caller 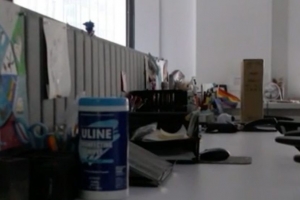 At least half the U.S. workforce is psychologically detached from work and putting in the bare minimum at their jobs, a recent poll found.

Employee engagement has dropped steeply since 2020 and is the lowest it’s been in nearly a decade, with only 32% of employees reporting being engaged at their jobs and 18% actively disengaged, the Gallup poll found. The findings align with the online trend of “quiet quitting,” or putting in the bare minimum at work rather than going above and beyond.

Open on The Daily Caller

News and Information about Economy and Jobs
Go ad-free! Support AllSides.
About these ads