How Much Russian Oil Does the US Import, and How Can Dependence be Reduced?

Russia's war on Ukraine has made gas prices in the U.S. even higher, and many are now questioning America's relationship with Russia when it comes to energy imports.

Three percent of the roughly 209,000 oil barrels the U.S. imported per day in 2021 came from Russia, ranking fourth behind Canada (61%), Mexico (10%) and Saudi Arabia (6%) as the U.S.'s biggest sources of oil imports. This has led to criticisms of the U.S. for paying for Russian oil, and prominent lawmakers in both major parties support banning Russian oil imports. Meanwhile, U.S. oil traders are reportedly slowing down imports of Russian oil. Experts on both sides have also accused the Jones Act of 1920 of making energy prices higher while incentivizing the U.S. to rely more on energy imports. The law requires water transportation of cargo among U.S. ports to be conducted solely by registered American ships with U.S. crews.

Many across the spectrum agreed that total U.S. energy independence is unachievable, but left and right split on how to avoid dependence on Russian oil. Many right-rated voices called for U.S. imports of Russian oil to end immediately, and for Biden to ease restrictions on drilling in the U.S. to offset the loss and boost energy independence. Left-rated voices typically focused on shifting attention to cleaner energy sources as a way to both stop depending on Russian oil and help the environment. 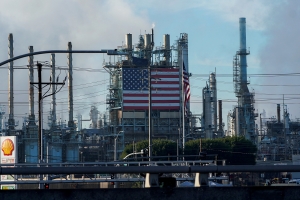 Canada has announced a ban (mostly symbolic) on Russian petroleum imports. The United States has not, because we have hamstrung ourselves. In spite of being the world’s largest oil producer — by far — we continue to import enormous quantities of oil and other petroleum products. That isn’t a bad thing in and of itself, but it does limit some of our options — and, in this case, it does so unnecessarily and, indeed, destructively.

There are four things to know here.

Read full story
Some content from this outlet may be limited or behind a paywall.
See full media bias rating for National Review
From the Center
340
Energy
Why Does the U.S. Buy Russian Oil?
Wall Street Journal (News) 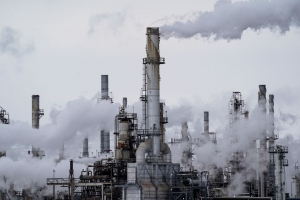 The fracking boom made America the world’s biggest oil producer a few years ago, but the U.S. still imports millions of barrels each day from other parts of the world, including Russia.

In the wake of Russia’s invasion of Ukraine, some in Congress have urged the Biden administration to come down swiftly on U.S. imports of Russian crude, going so far as to recommend banning the cargoes.

Here is a look at why the U.S. still imports Russian crude and where it goes.

Read full story
Some content from this outlet may be limited or behind a paywall.
See full media bias rating for Wall Street Journal (News)
From the Left
340
Energy
One way to combat Russia? Move faster on clean energy
Los Angeles Times 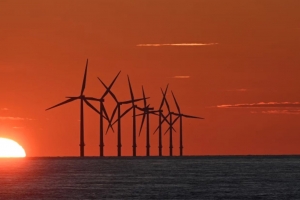 Russia’s invasion of Ukraine has again upended global energy supplies, threatening to raise gas prices that are already higher than ever in California. The U.S. oil industry wants President Biden to ease restrictions on drilling, and Europe has already started importing more fossil fuel from the United States...