The death of top Iranian commander Qasem Soleimani by a U.S. drone strike continues to provoke opinions and reactions from voices across the political spectrum. Some authors have called the act, ordered by President Donald Trump in response to protests outside the U.S. embassy in Baghdad, a state-sponsored "assassination" and "murder," while others have argued it was a justified "targeted killing". See more perspectives below. 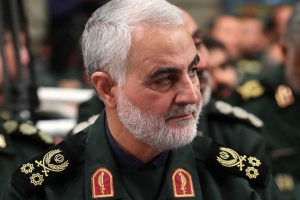 Last week, our military and intelligence services brought justice to Qassim Suleimani, Iran’s terror mastermind. President Trump ordered General Suleimani’s killing after months of attacks on Americans by Iran’s proxy forces in Iraq. These attacks culminated in a rocket strike that killed an American and wounded others, then the attempted storming of our embassy in Baghdad. The first attack crossed the red line drawn by the president last summer — that if Iran harmed an American, it would face severe consequences. The president meant what he said, as Mr. Suleimani... 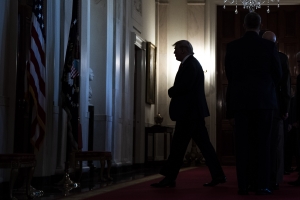 DONALD TRUMP HAS DRAGGED America into a moral abyss. And yet Congress, the press, and the public are unwilling to admit that we are now standing in blood. The nation is enabling a murderous demagogue, and we are all complicit.

The president of the United States has murdered a high-ranking official of a foreign government. The assassination last week of Iranian Maj. Gen. Qassim Suleimani was a state-sponsored murder.

Read full story
See full media bias rating for The Intercept
From the Center
312
Middle East
Qasem Soleimani: Why his killing is good news for IS jihadists
BBC News 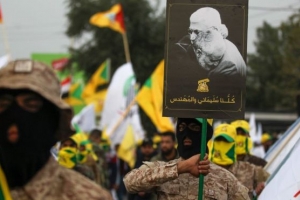 The Islamic State (IS) group has welcomed the death of Iranian general Qasem Soleimani, the head of the elite Quds Force.

In a statement, it described the general's demise as an act of divine intervention that benefitted jihadists. However, it made no mention at all of the US, which carried out the deadly drone strike against Soleimani in Baghdad on 3 January.

President Donald Trump's decision to assassinate Gen Soleimani set off a chain of consequences - one of the first was on the unfinished war against jihadists....

Sometimes, it seems as if fate is trying to prove its unlimited capacity for cruelty. When the skies over Beirut exploded on Tuesday, sending shockwaves felt...

BEIRUT — A "colossal" explosion rocked the port area of Lebanon's capital, Beirut, on Tuesday, injuring thousands and causing widespread damage in a densely...

How the House Armed Services Committee, in the Middle of a Pandemic, Approved a Huge Military...
ANALYSIS

WHILE THE COUNTRY IS SUBSUMED by both public health and an unemployment crisis, and is separately focused on a sustained protest movement against police abuses...

The Intercept
US Military

MOSCOW (Reuters) - The chemicals that went up in flames in Beirut’s deadliest peace-time explosion arrived in the Lebanese capital seven years ago on a leaky...

BEIRUT—Dozens of people were confirmed dead and thousands more injured after a massive explosion caused by a warehouse fire rocked Lebanon’s capital city of...

Beirut has been ravaged by a massive explosion, likely caused by careless handling of ammonium nitrate stored in a warehouse at its port. As the city is still...

Was the Beirut Explosion a ‘Bombing’ or an ‘Attack’? Or Just an Accident?
FACT CHECK

At a press conference Tuesday night, President Trump referred to an explosion in Beirut as a “terrible attack.” Trump said his basis for this belief was that...

The capital city of Lebanon experienced a massive explosion Tuesday afternoon, according to preliminary media reports. Videos of the explosion in Beirut...

Trump Is Right, It’s Time To Get Out Of Afghanistan
ANALYSIS